A weekend back home training in the heat and rain

This is the first weekend I’ve spent at home since June 25th, and I took full advantage of all the things that I normally do around the area on a weekend.

That started Friday night with a swim at the outdoor pool in Old Town.  I only get a few months each year to enjoy this pool, so I love getting in every swim I can at it before I’m forced back indoors. 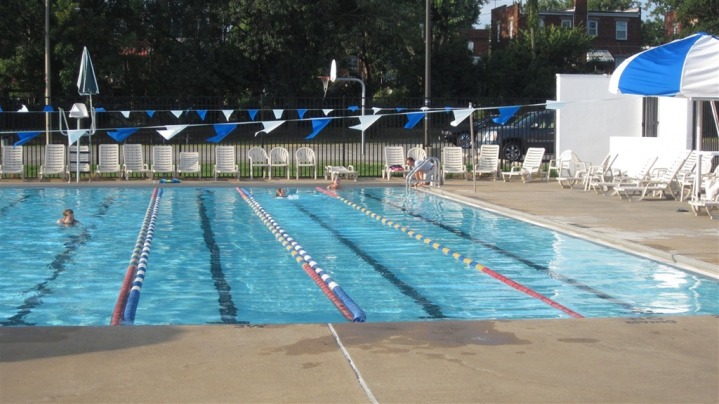 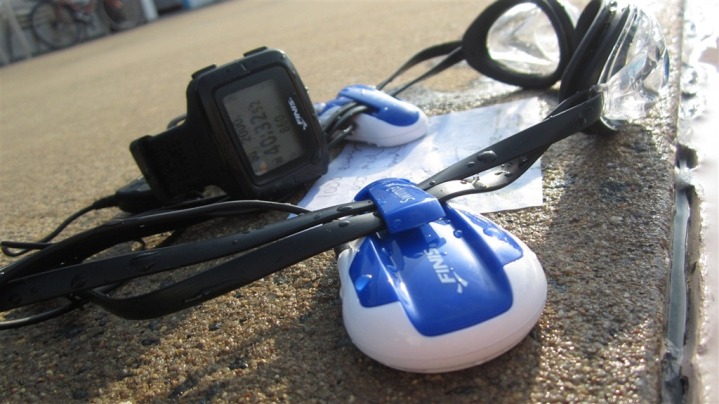 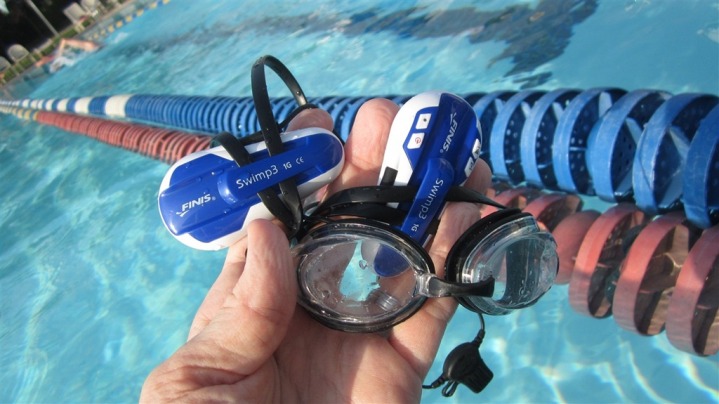 I was playing around with the FINIS SwiMP3 player for a eventual shootout review/post between a few different underwater MP3 players in September. 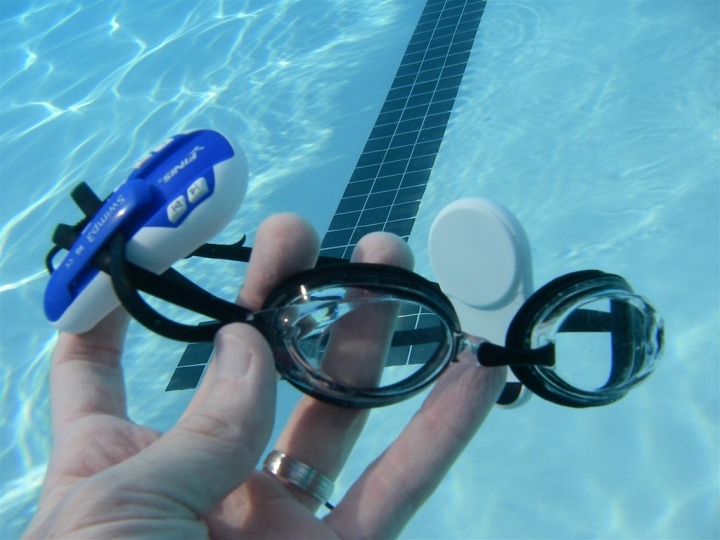 Thus far, no issues at all with it…it just works. Simple, easy to use, and jarringly loud (if you turn it all the way up). I’m pretty sure you could actually provide your lane-mate music if you turned it all the way up. But once you get the volume set right, it’s perfect.

Saturday morning I met up with the Pacers running group for my long run with some friends.  This was my first run back in the heat of DC, and even though it wasn’t that hot or humid by DC standards for an August day – it certainly was by my standards.  These would be the standards that just spent 9 days in Seattle running in 60-70*F temperatures. So there was a bit of shock to the system.

But hanging out with friends and enjoying a scenic run around DC more than helped to make up for the lack of speed in the heat and humidity. 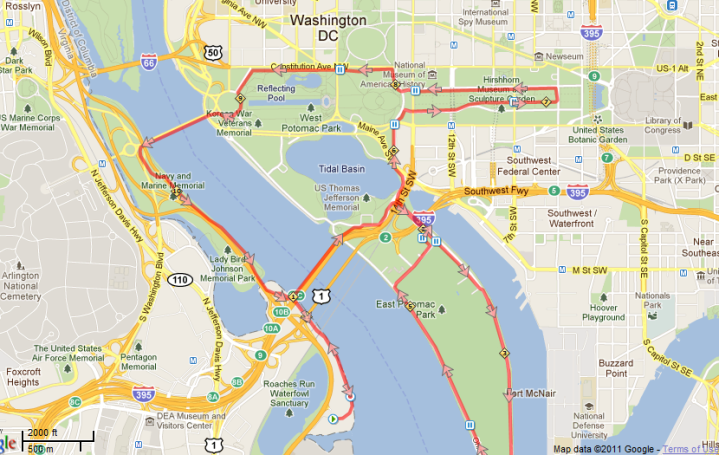 I was also running with the Timex Global Trainer and the new firmware update to see how things were shakin’ with it. 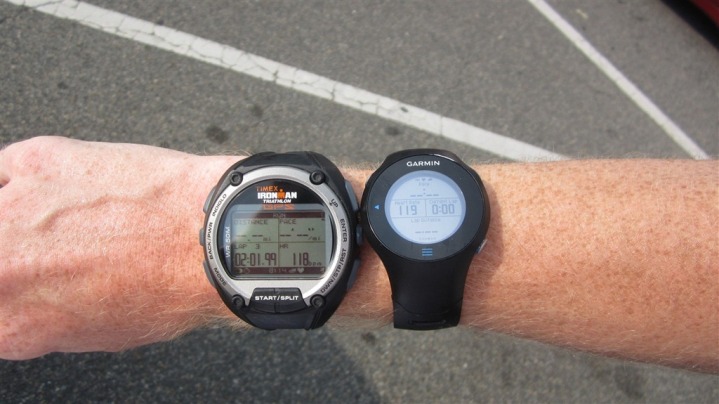 My first impressions is that it does grab the footpod without issue, but I’m seeing a strange problem where if the footpod is on it ignores the GPS for distance, but still presenting GPS speed to the user during the run.  On the bike it’s fine, as there’s no footpod.  And if you turn off the GPS, it’s fine too.  I’m sure there’s a setting somewhere to tell it to use the GPS for distance and just record cadence with the footpod…but I can’t seem to find that setting.  On the bright side, from a accuracy standpoint, the two units were very close (one of the previous concerns/issues around the TGT measuring about 2.5% short). In this case, I ran about 11.5 miles, and the FR610 measured 11.53 miles while the TGT measured 11.55. The TGT had recorded a GPS track file even though it showed ‘0’ for distance, so I was able to measure that track file and get the measurement. It’s not 100% ideal compared to what the TGT thinks the track is, but it’s all I have for that run.

Finally, wrapping up with Sunday I headed out with my next door neighbor for a 90ish minute ride.  It was nice to be able to get out and just ride.  Much of the rest of the year is spent on fairly specific workouts, so we just enjoyed the time cruising around without any specific structure.

Of course within about 60 seconds of departing the house the sky opened up on us.  Apparently it thought we needed another shower. 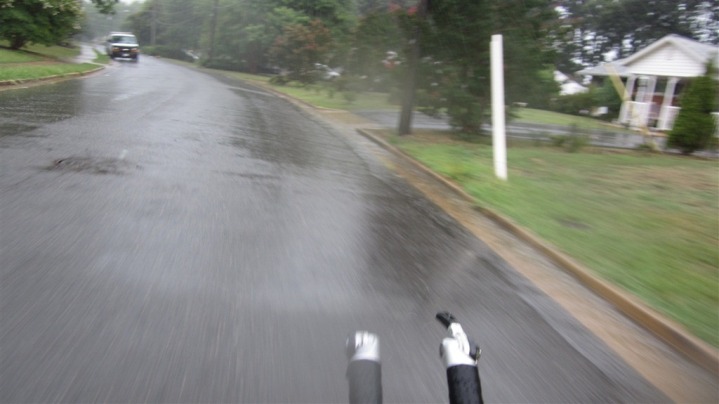 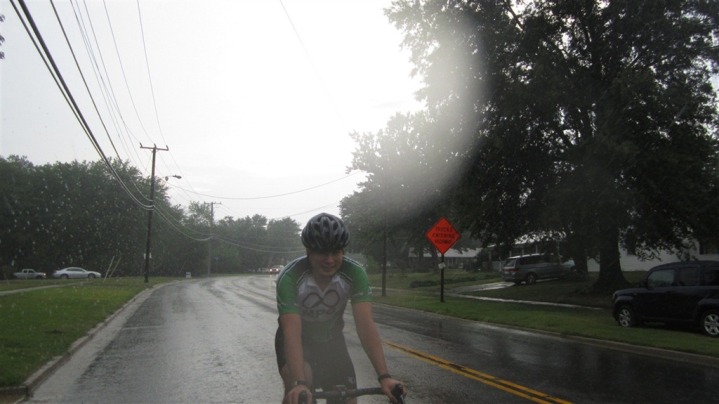 …but lots of fun. 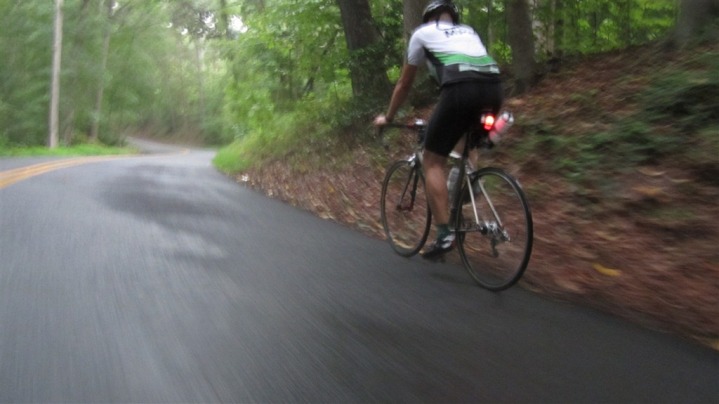 …and so much for cleaning my bike prior to the ride. 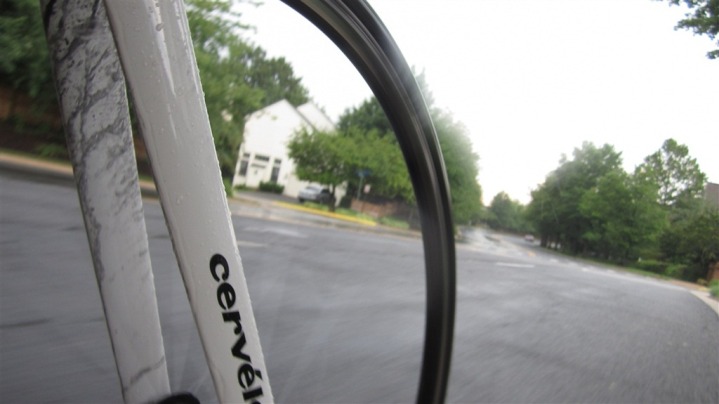 Like Saturday’s run, I took the TGT along for the ride to see how it would compare to the Edge 800 from a distance measurement standpoint. 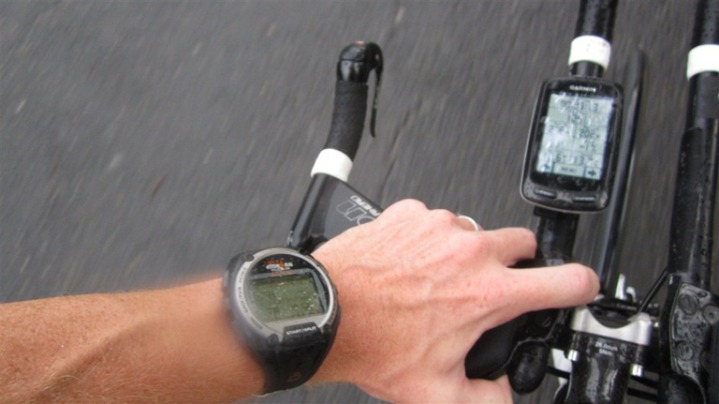 In this case, they measured very closely compared to each other.  The TGT measured 28.00 miles while the Edge 800 measured 28.13. There’s no clear way to know which one is right (if either), but that’s within acceptable range for GPS devices, and represents a difference of .5% – which is pretty darn small. Good stuff, always love seeing improvements!

By the end of the ride the sun had just barely sneaked out. Enough that between the sun directly behind my friend and the rain droplet smudge on the camera lens, I got this semi-artistic shot: 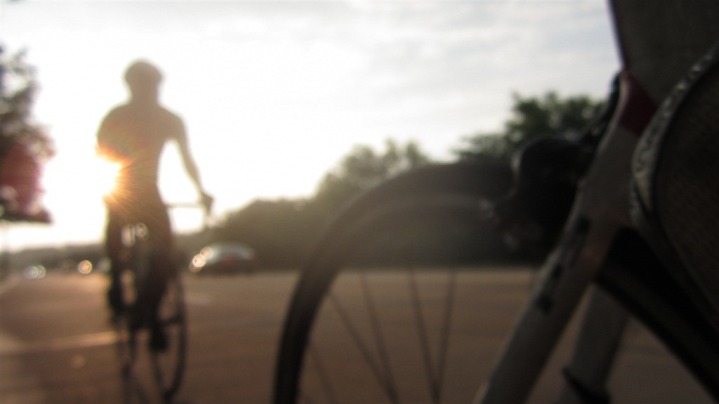 With the ride complete, the only thing left to do was some cookin’ (we need more food posts around here again!)!  For my birthday I received a Spaetzle maker from my parents (as well as a bunch of other stuff, like the Complete Book of Pasta and Noodles cookbook!).  Spaetzle is from Germany, and are little doughy noodles that you cook for about 2 minutes in a pot of boiling water.  Growing up we had these all the time in our house, mostly because my grandma used to make them all the time as well – and thus passed on the tradition to my Mom.  So now I’m making them too! 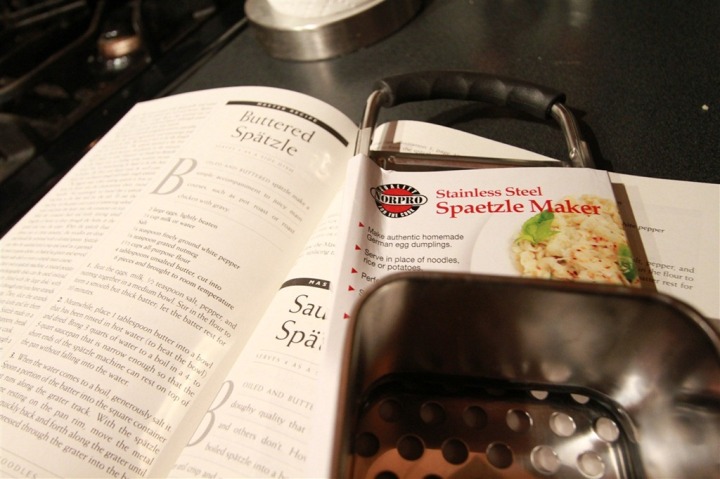 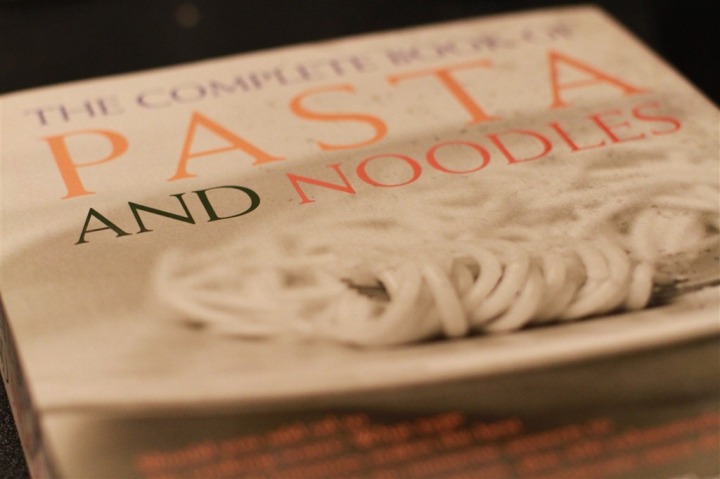 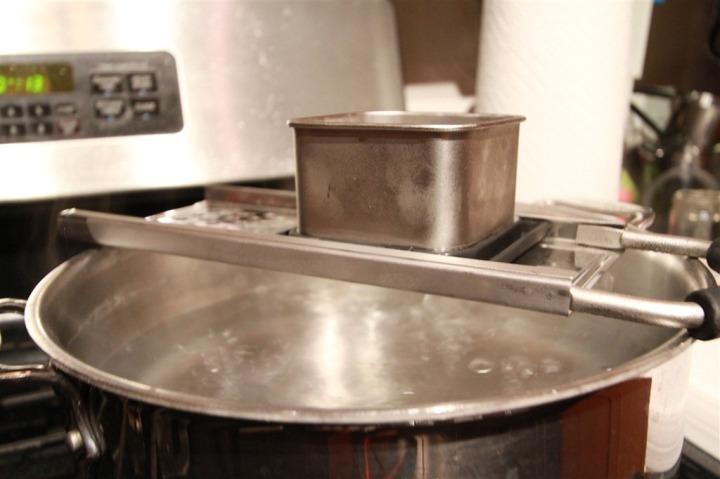 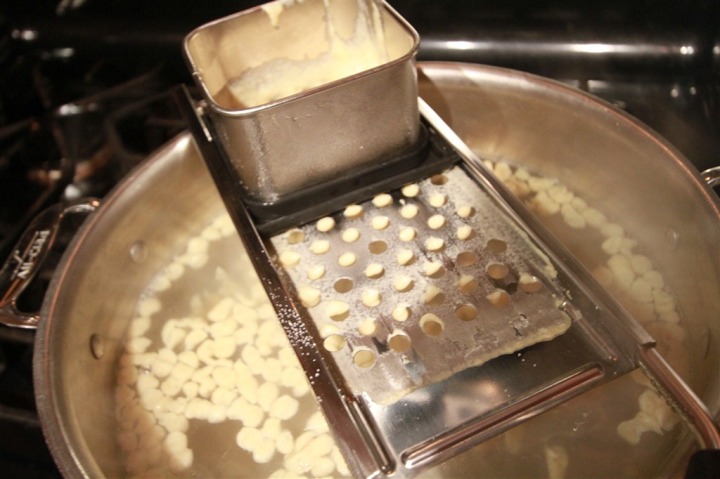 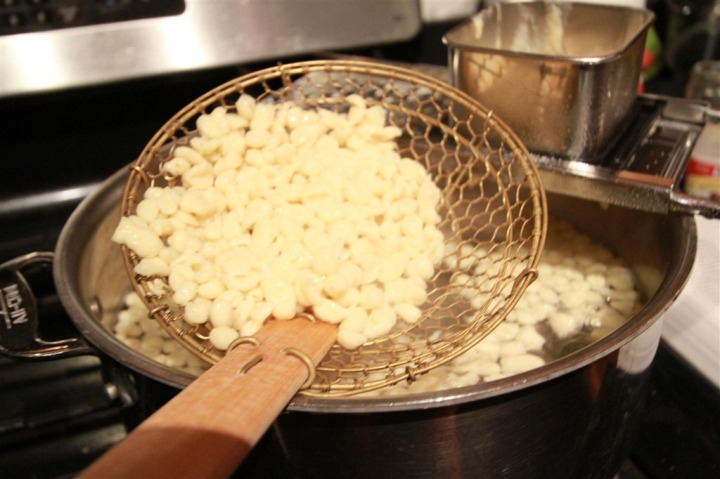 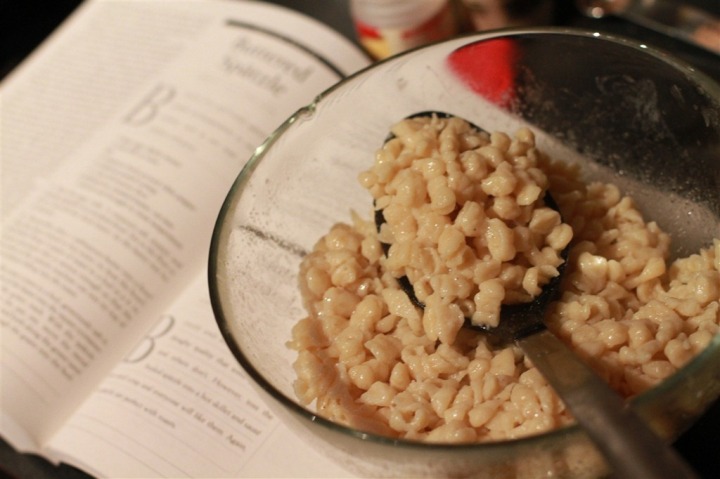 Good stuff! They came out quite well for my first attempt at it! Quick and easy.