A brief visit to Haiti

October 6, 2010 by DC Rainmaker|Central and South America, Mexico, and the Caribbean » Travel|Comments (6)

In a continuing trend for very short work trips, I just finished up spending the last 24 hours in Port-au-Prince, Haiti.  While I’m now on my way to Central America (via a convoluted routing involving Miami and Houston), I did want to share a few quick thoughts on my trip.

I should note my trip was work-related, with implementation of new/replacement systems. Since I’m a computer guy my work tends to be in clean rooms and indirectly impacting (supporting) – rather that out in the field directly helping with the everyday people that my work supports.  So my time in Haiti was far more limited than those out in tents and on roads directly assisting Haitians.

While the media only shows you one side of the Haitian story, in many ways, as you approach Haiti from the air, you wouldn’t notice it any different than any other Caribbean island – it sits there rising out of the blue/green waters with sandy beaches: 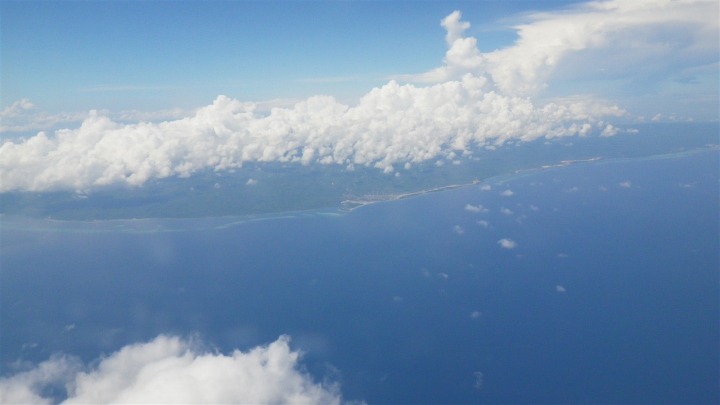 However, it’s soon after you cross over the shoreline that you being to notice the impact.  Buildings everywhere are in various states of disarray: 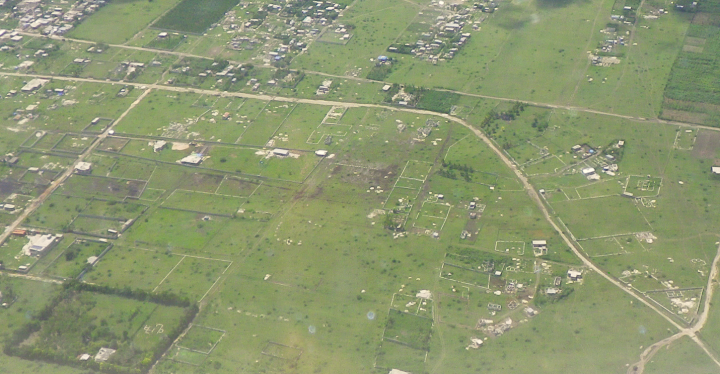 Further, you quickly become able to spot the tent cities that have sprung up.  Some are smaller… 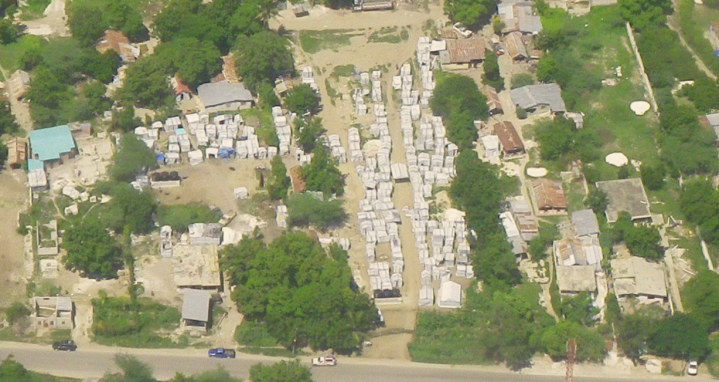 …but some are much much larger:

The actual state of buildings varies wildly depending on where you are.  Within the ‘downtown’ core, the majority is as it was the day after the earthquake: rubble.  While my brief stay avoided that particular area, you could easily see the devastation from the air upon departure (albeit slightly difficult to see in my semi-fuzzy picture): 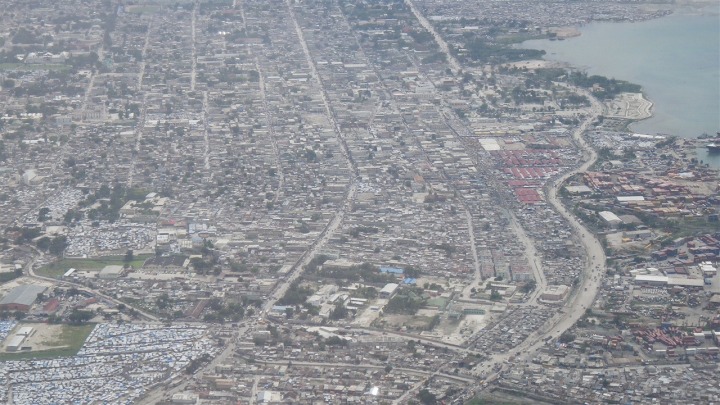 In the ‘suburbs’ (though still the city of Port-au-Prince), the impact was less obvious closing in on nearly a year later.  While there were certainly many examples of crumbled buildings I would drive by, there were also many examples of rebuilding.  For example, note the below wall: 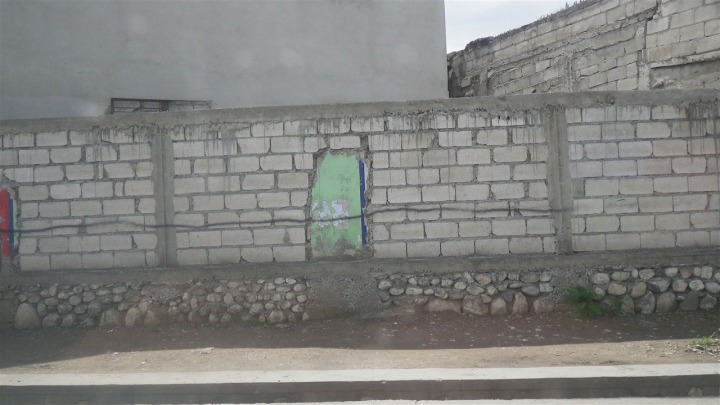 Why am I showing you a wall?  Well, walls all around the city came down in the earthquake…yet they were also one of the earliest things to be put back up.  The little section above is unique though because you can see a small sliver of the previous wall in the center, with the new wall engulfing it.  Looking at buildings it’s harder to notice that without seeing them before hand.

The earthquake could have been much much worse had it happened at a different time of day (such as 3AM).  But because it happened at about 5PM local time – many folks were out of their homes and on the road.  And it’s the roads that have taken some of the biggest tolls.  The conditions are some of the worst I’ve seen anywhere (including some pretty bad parts of Africa)…and the traffic is…well..very slow.

It’s sorta hard to tell from this picture – but there are cars going virtually every way in front of us in this picture, let the alone people, chickens and goats roaming around in the roadway. 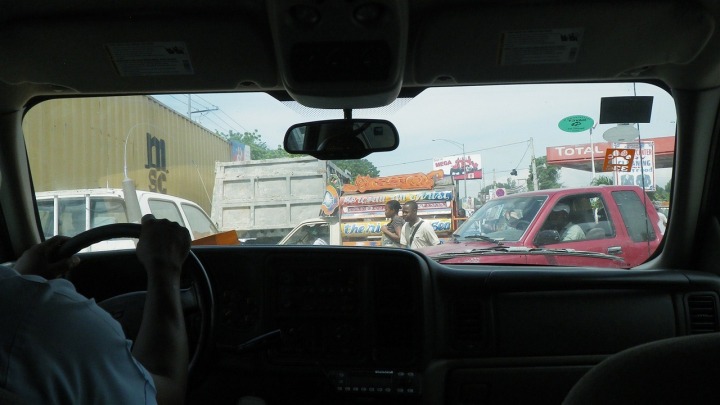 It’s out on the roads you also notice the massive influx of aide related work going on.  From construction trucks, to dumps trucks trucks of rubble, to UN vehicles.  There’s probably 1 UN vehicle for every 4-5 cars. 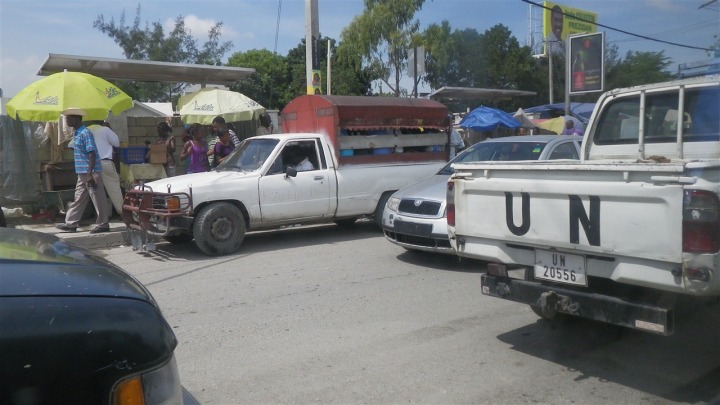 Though, the local buses help to equalize that car to person ratio a bit…plus they’re all quite colorful. 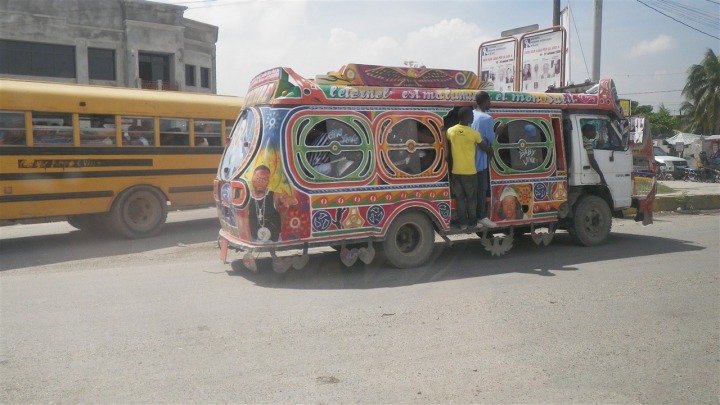 And in some cases, I’m pretty sure walking was simply faster: 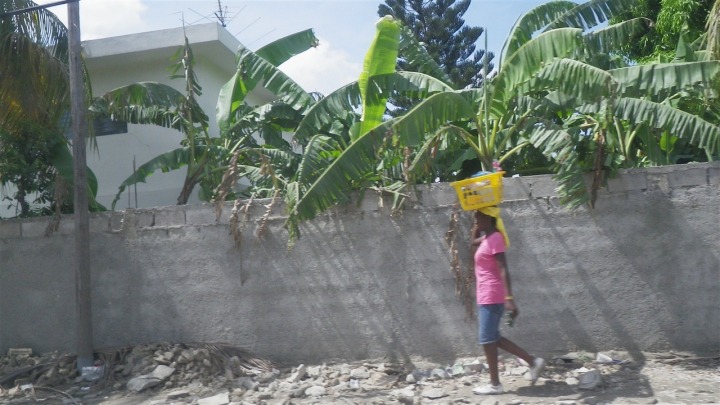 Also of note was all of the signage up for their upcoming presidential elections on November 28th.  You probably remember the initial news stories regarding the presidential palace collapsing and the president being forced out onto the front lawn for the first nights afterwards.  While the palace hasn’t been repaired yet, they are closing on in the elections – proving that democracy can indeed march on.  You probably also heard about Wyclef Jean and his failed bid for the presidential ballot, many here interestingly noted that even if he had succeeded in getting on the ballot – he probably  wouldn’t have won the election.  And they further pointed out that even if he had won, he probably wouldn’t have lasted long in a country well known for ‘political violence’ against those who aren’t borderline dictators.  Interesting local viewpoints…

Since he didn’t get the bid, they’ve got a variety of other folks to choose instead – with signage sprinkled about the city about every 1.8 feet. 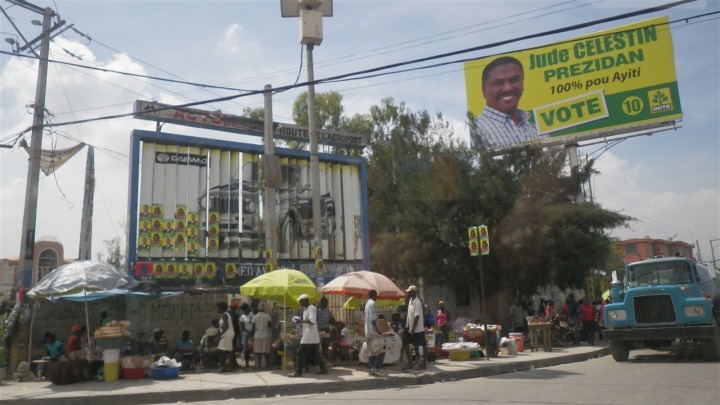 A couple of other random things of note…

– There are still virtually no hotels rebuilt.  Almost all of them were lost – even the most modern and new ones built less than two years ago.  So for my stay I was staying with folks from the office I was working with, in a spare bedroom.

– Upon arrival at the airport a live band actually was playing Caribbean music…pre-customs.  I don’t think I’ve seen that anywhere else.

– I had some great local food for dinner – slow cooked goat in sauce with plantains: 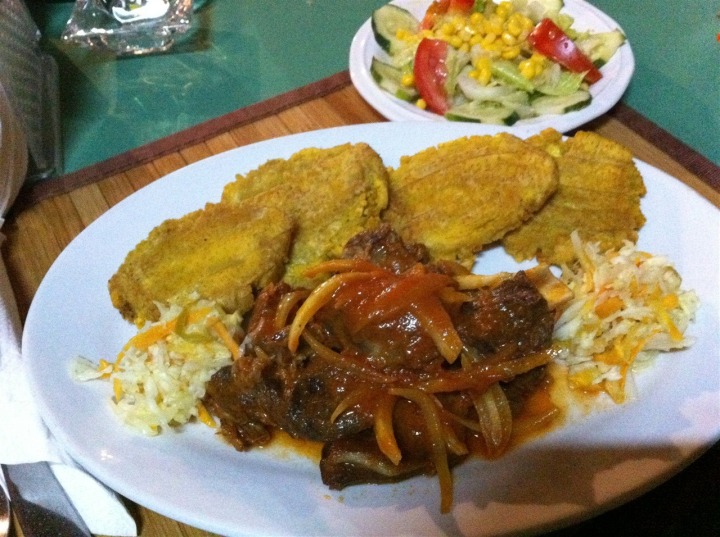 – All but one of the locals I worked with lost family members.  And not distant relatives.  Most lost their entire immediate families.

– Building roofs in Haiti used to be constructed with wood…which in turn resulted in heavy loss during hurricanes due to poor construction techniques.  As a result, they started using cement bricks instead for ceilings (which didn’t fly away).  During the earthquake though, this ended up being far worse than wood due to collapse.  Now, they’re back to building with wood.  The cycle continues.

– It rained.  Hard.  When it rained, everything quickly became a river.  The main road I was near instantly became impassable once the rains started.  If you weren’t on the right side of the road, you had to take a 4×4 with a snorkel to get to the other side of the road. 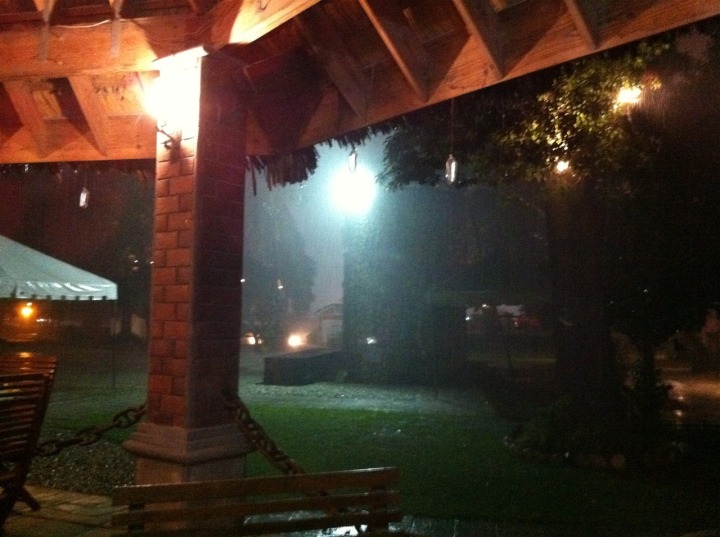 – When you look at the airport from afar – you quickly realize why air operations were so difficult in the days after the earthquake.  With only one runway and no taxiways, things become very inefficient very quickly. 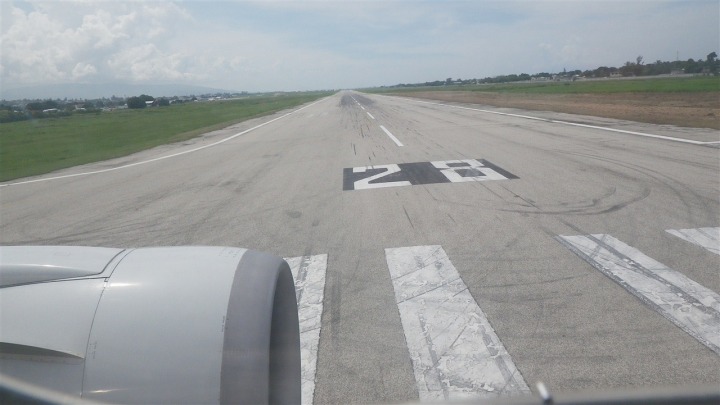 And speaking of that airport (front of terminal below)…exactly 24 hours after I arrived, I boarded a plane and left…onwards to my next country… 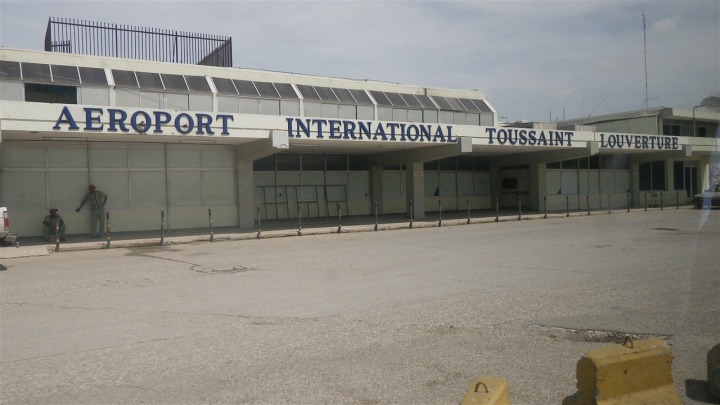 (Btw: As a random side note, if you’ve joined my little blog world post-Interbike, you probably haven’t seen the normal non-gadget side of me…but…I tend to write about all sorts of things – mostly endurance sports related, but also anything else that is part of my life and who I am. Always kinda been that way, and what I enjoy about the blog.  So that includes my travels like this and occasionally what I cook on the weekend.  I’ve been told some people only come here for the food posts…)