May 13, 2022 by DC Rainmaker|Sports Technology News and Reviews|Comments (31) 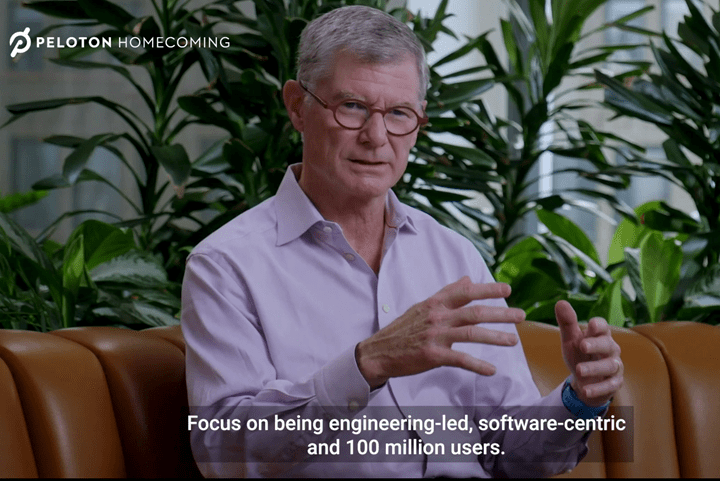 Peloton kicked off their annual ‘Homecoming’ weekend event today, starting with a keynote of upcoming plans from their new CEO as well as existing Peloton instructors. This 21-minute-long keynote highlighted a slew of milestones over the past year, but also covered new upcoming features. And also this was the first time Peloton has officially shown off their planned rower hardware.

First up, a few very minor tidbits that were worthwhile noting:

– Peloton says that in 2021, members worked out 13 billion minutes (that’s billion with a b, like boom)
– They made an interesting point of talking about their Delta Airlines partnership where you can see Peloton content on a plane, specifically saying it was “the first time” Peloton content has been on a non-Peloton platform. Obviously, their new CEO has talked a lot about putting Peloton content on other platforms in recent months. This subtle use of the word “first” didn’t go unnoticed
– The CEO repeated his goal of having Peloton at 100 million users. Currently, they’re at 6 million users
– Launch of their Peloton Corporate Wellness division, which basically aims to partner with large companies to give free Peloton memberships, most fitness companies in this space have corporate wellness divisions aimed at doing this sort of work
– They plan to re-open their Peloton Studios in London & New York City to the public this summer

Beyond that, most of the non-feature things said/covered were largely just a general recap of things and content they launched over the past year.

This year we see slightly fewer announced features than last year’s update, but at the same time, Peloton also just recently launched the Peloton Guide hardware as well as their Lanebreak feature, so that probably reduced some of the things that would have launched now. In other words, Peloton is holding back less for Homecoming than they used to, and instead just launching it. While that reduces the fanfare of this type of event, I’m sure consumers appreciate just having the darn feature now versus later.

Invite Friends: This feature allows you to invite friends to complete a group workout together, as well as naming for special occasions. Currently, completing a workout with friends is kinda clunky at best. So this is basically an easy way to organize a gathering of people. You’ll choose the class you want to complete, and then choose your friends to invite. 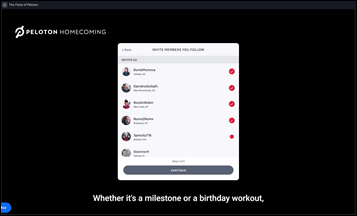 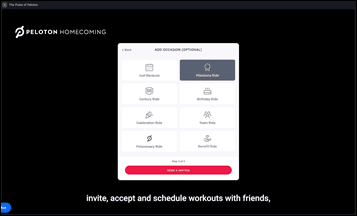 They can then see the invites on a new ‘Your Schedule’ section that shows both their previously planned workouts, as well as any invites to accept/decline: 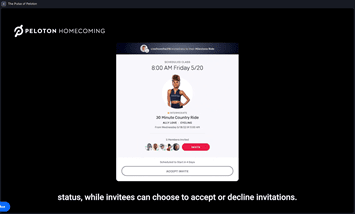 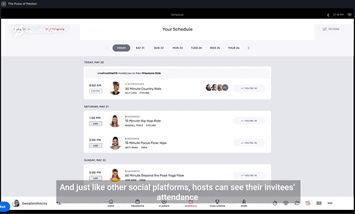 Just Workout: This one is actually something my wife will very much appreciate, which is ‘Just Workout’. This will allow you to record an outdoor workout with all the usual HR/GPS/etc stats, but not tied to a specific Peloton guided workout. For example, when we travel my wife will often use the Peloton app on her phone to maintain streaks/achievements while she does a run. But she really doesn’t care about what the instructors say, she goes off and does her planned interval/etc runs herself. She just wants credit for it, and basically just reduces the volume to zero. This solves exactly that by allowing you to listen to your own music now, with no specific class tied to it. 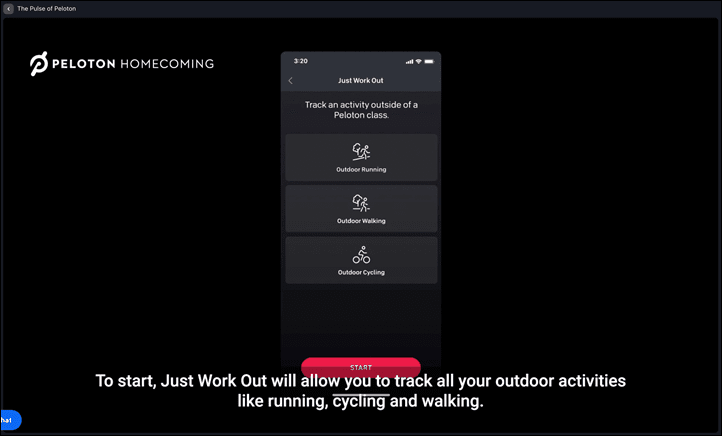 Peloton says this will work with any Bluetooth heart rate strap as usual, plus the Apple Watch, as well as maintaining all streaks/challenges/achievements. 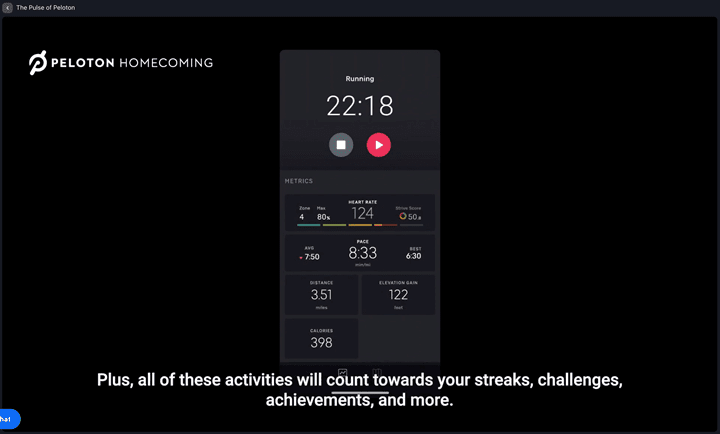 The company says it’ll be out in time for summer, and that indoor workout types will be added as well down the road. 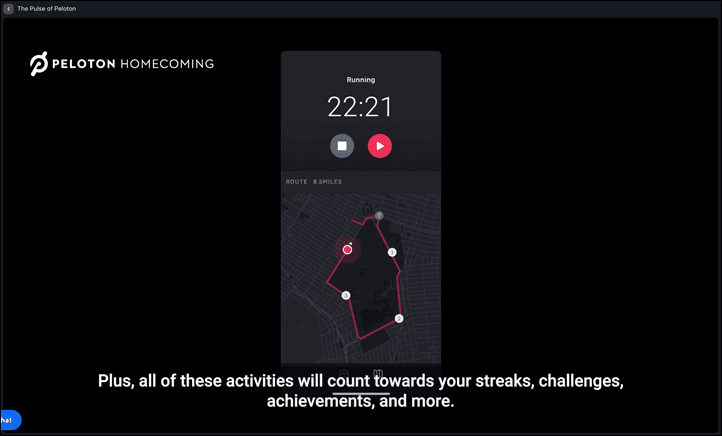 Peak your Power Zone: This is less a new feature, and more a new training schedule. But in short, this is a new 8-week power-zone specific schedule focused on increasing your FTP value specifically (in other words, it’s probably gonna hurt). The schedule has 3 workouts per week on it, and at the end of it, you’ll complete an FTP test to validate your gains (or, hopefully your gains).

Accessibility On Tread: Soon, the Tread will support Google’s TalkBack screen reader for programming and metrics, as well as get real-time feedback on their speed and pace changes.

They also announced a few other classes and programs, but these were more general content than specific features. Ultimately, as I said earlier, there’s definitely less this year than last year at Homecoming, but instead, the features this year have just been launched when they’re ready, rather than held back for Homecoming.

This will be a very short section. Because…umm…they didn’t say anything. Literally, they just said they’ll be launching a new type of workout, and then the camera slowly zoomed/panned out to show one of their instructors (Adrian Williams) start rowing on a Peloton branded rower. Here’s the best look at it we get: 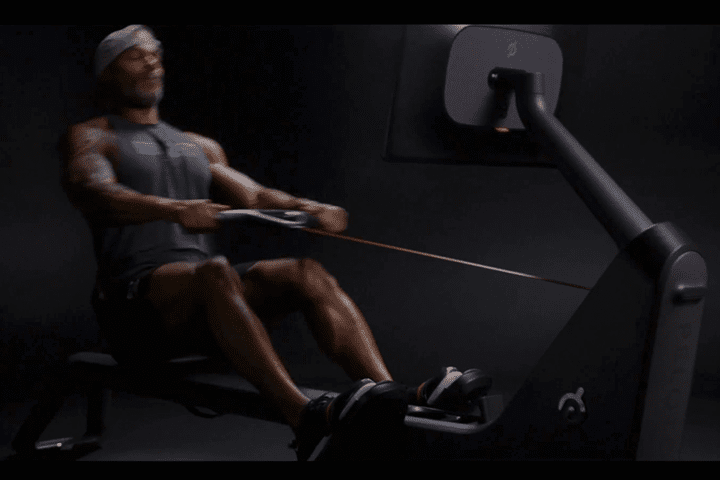 It appears to use the same screen as the Peloton Bike+, but beyond that, we don’t see anything else, aside from some blurry momentary closeups: 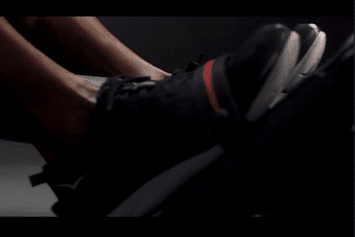 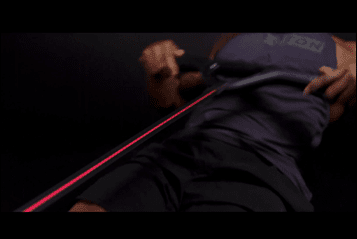 Just a split-second later (literally, under a second), it cut to showing “Coming Soon”, and then they just moved on like nothing had happened. 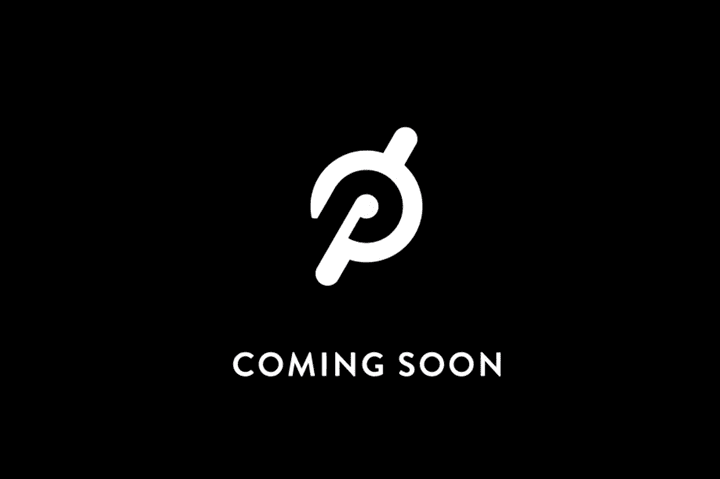 We don’t know pricing or availability. The current rumors say later this year, which makes sense. Launching an indoor row just prior to summer isn’t very logical. But launching it when Peloton often launches hardware in the September-ish timeframe is more logical for both the indoor season as well as the holiday season. 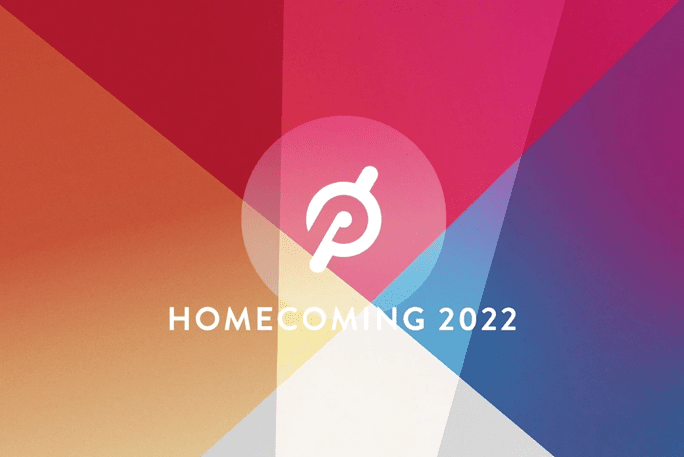 Undoubtedly, Peloton is in massive transition under their new CEO. This past week at their earnings call they outlined in stark language what was done well, what was a proper dumpster fire, and what they plan to change. Their new CEO isn’t afraid to mince words.

Of course, like many indoor fitness businesses over the last 4-6 months, Peloton isn’t immune to the normalization of what people plan to spend their money on, after the peak of the pandemic. However, unlike most other companies – Peloton is actually still growing. As I mentioned in my Zwift post yesterday, they still sold an astounding 200,000 indoor bikes/treadmills this past quarter. They’ve now got 3 million paying hardware members, and another million app members.

The core of their challenges is less about pure growth than it is about getting their cost structure under control, which, they’ve obviously detailed significantly over the past few months. And then in conjunction with that, they’ve talked about expanding into new international markets, as Peloton is only offered in a literal single handful of countries (you can count them all on one hand).

Anyways, interesting times ahead for sure.