5 Random Things I Did This Weekend (Tahoe Edition)

This week’s 5 Random Things has had a serious locale shift, as I’m in Tahoe for Interbike, which relocated to Reno/Tahoe this year in an attempt to…well…just not be in Vegas. While the official show-floor hasn’t opened yet, I spent the weekend up in the mountains enjoying everything the area has to offer.

1) Wrapping up at the wind tunnel 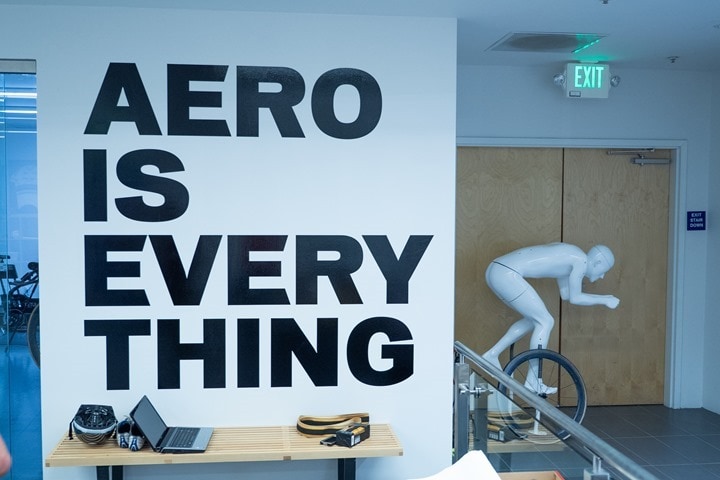 First up on the list was finishing the day at Specialized in their wind tunnel. With a slew of new aero products starting to trickle onto the scene and finally shipping, I’d been interested in validating the accuracy of some of those products.  Going to a ‘known good’ (such as a wind tunnel or a velodrome) is a good starting point for that.

So I hit up Specialized to see if they were game to play with gadgets in the wind tunnel, and then I suckered both Robert Chung and Tom Anhalt to join me.  While we (or at least I) had lofty plans for getting through a series of tests, we ended up going in a bit of a different direction by lunchtime. As anyone who has been in a tunnel knows – time evaporates, and things always take about four times longer than you think.  That was no different here. 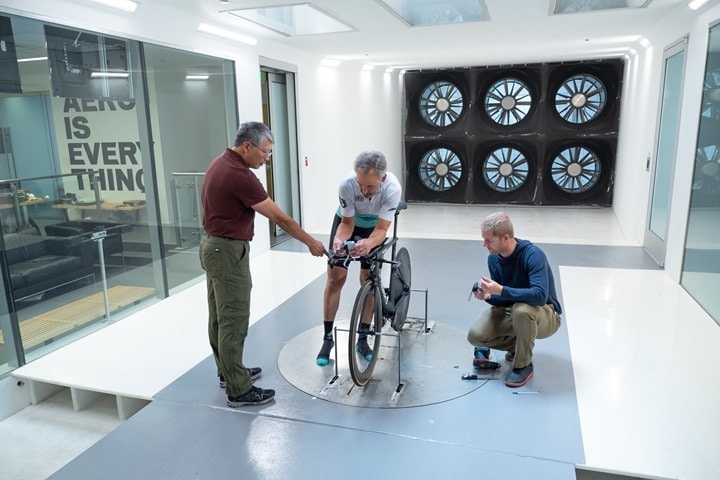 Except, here we were in unchartered territory – all of us. Determining how to best validate consumer-grade devices is trickier than it might sound. There’s many more aspects at play than just a simple wind speed data stream coming from a pitot tube that you can manually figure out CdA later on. Instead, you need to account for how the consumer-focused hardware acts and the software that’s designed to make it easier for normal consumers to utilize. Sometimes, that software can make it trickier for more scientific validation (because it’s trying to keep you from doing stupid things).

Still, going into the entire thing our goal was actually more to establish a set of protocol for how we (or anyone) could validate these sorts of sensors. I think we made progress towards that goal. 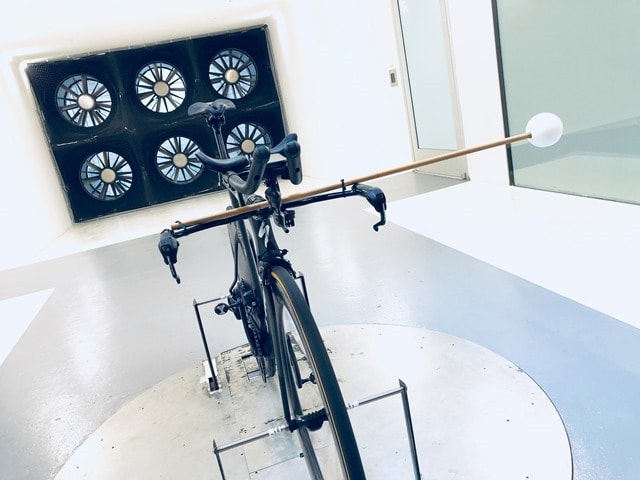 In any case, far more to come in the next few weeks as we can finish analyzing all the data. We learned a lot, and have some good tidbits for the future to consider.  Also, the goal wasn’t specific to wind tunnels, but also how it could be validated against a velodrome type system as well.

With things wrapped up at the tunnel, I zipped off to the airport in time for sunset and my flight over to Reno.

One of the best parts of being horribly jetlagged is getting up crazy early. Like, sunrise early. I’m not normally a sunrise early kinda person by choice.  So after getting up early, I knocked out a pile of things before eventually starting a bit of a hike nearby my hotel. It wasn’t anything fancy – about 5mi (8km), but did have some awesome scenery. 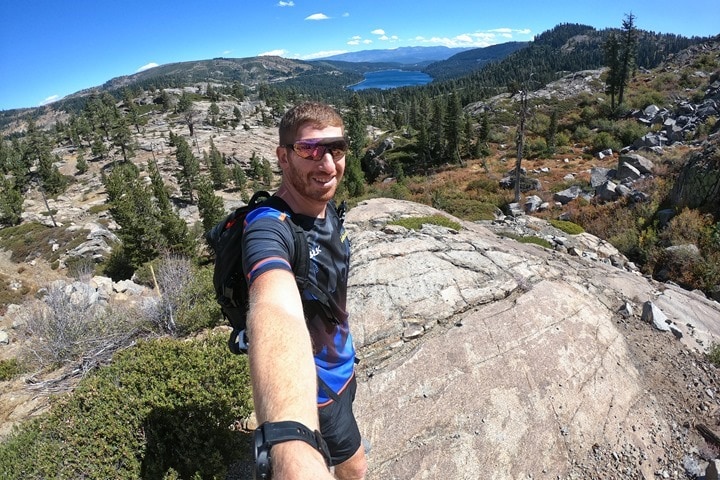 I could have run it I suppose, but I expect a busy week ahead with lots of riding (as I would be doing that afternoon) and my general goal for the week is to end up in one piece by the end of it. With many days having 1-2 demo rides/runs/whatevers, alongside late nights, it can easily pile up.  So a hike sounded pleasant. 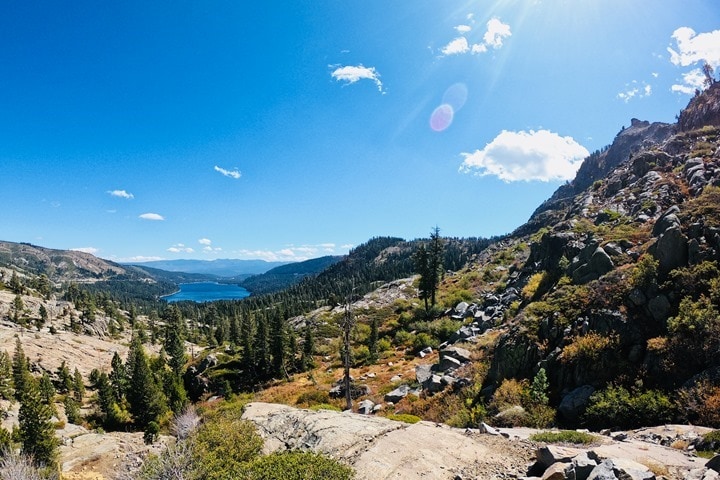 I was also collecting some wearables data, with the new Polar Vantage alongside a few other devices.  I haven’t had a chance to dig into the track files yet though, I’ll get to that sooner or later (though I did post some more run data from a run on Thursday in San Francisco).

After seeing my hike photos, The Girl was like “I’m definitely coming to Interbike next year with you!”. 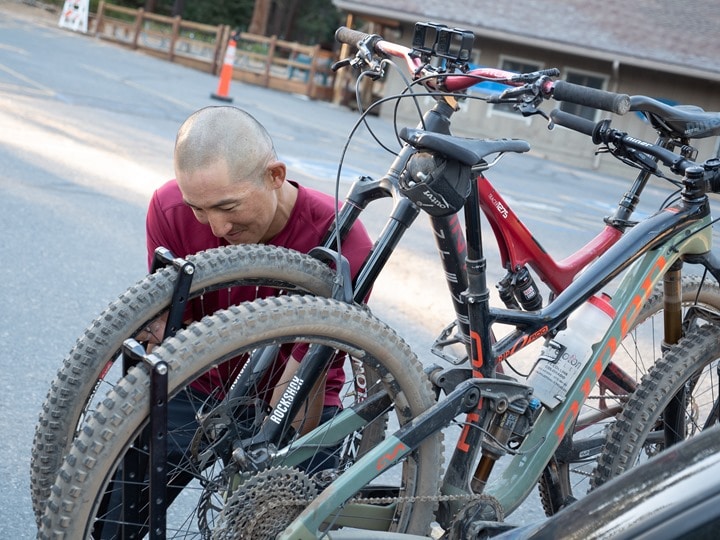 Since I didn’t have The Girl with me, I did have a substitute for the afternoon – Des from the Desfit. We had a plan to go mountain biking, do some device testing, and toss some drones in the air. Drones…plural.

We found a spot that was sufficiently in the middle of nowhere (and also in a legit to fly area) and got to work. We were specifically curious how well it tracked going uphill and downhill with the new Active Track 2.0 mode. After all, many past DJI drones didn’t properly track someone going up or down. They’d either stay at the same height as you started, or they’d stop when the terrain rose to the height of the drone.

So after riding the flats for a while we eventually found a climb up to a peak and gave things a whirl. Here’s that collab’d video goodness:

If you don’t already subscribe to Desfit, you definitely should. He’s got lots of wearables and sports tech goodness on the docket, including work on a Samsung Galaxy Watch full review. Normally people have to wait on me for my GPS watches to find satellites, but not this time. I was not the official satellite waiter person! But, I won’t spoil the fun.

Afterwards, we enjoyed the awesome sunset light descending as we worked our way back to the car. 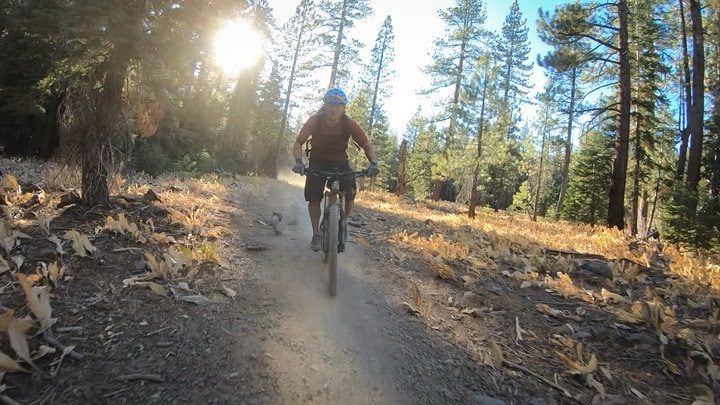 Of course, we were also working on a bunch of stuff for my YouTube channel as well (subscribe there too, obviously), but you’ll have to wait a wee bit more for that. Hang tight, it’ll be worth it!

I spent Sunday morning editing, writing posts, and just doing general non-existing work. For every post or video about outdoors stuff, there’s hours of time sitting indoors. This would be one of those times. By lunchtime though I was ready to hit the great outdoors and get back on the mountain bike.

I really only mountain bike about 2-3 times a year. Usually once at Interbike, once at the ANT+ Symposium in Banff (Canada), and then usually one other time that’s tied to some random media event or something. Though, I did manage to sneak in some mountain bike riding in Australia this year. 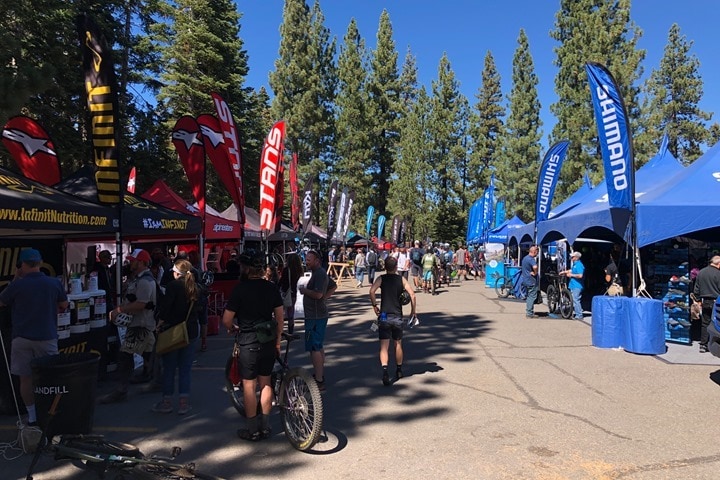 In any event, with Interbike having moved from Las Vegas to Tahoe/Reno, I headed over to the Outdoor Demo area at Northstar to get my free riding in.  Unfortunately, there were virtually no bikes to be had. But after a bit of a wait at the Canyon booth they had one mountain bike left, which luckily was my size. So I grabbed it and hit the trails with Des again. 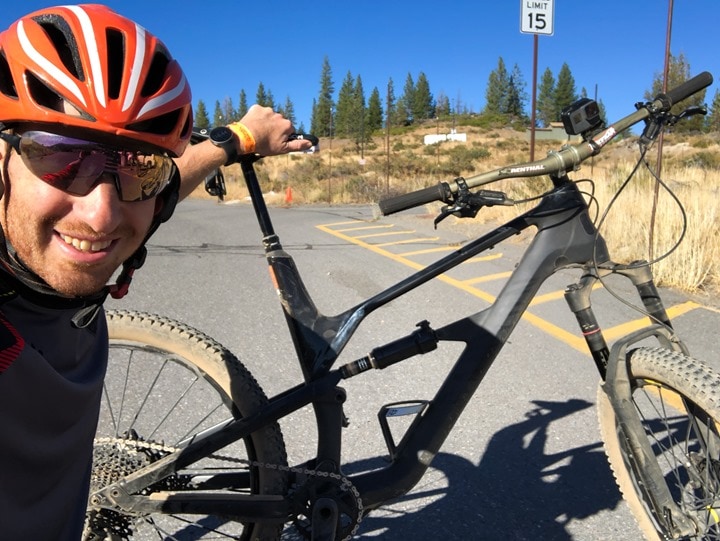 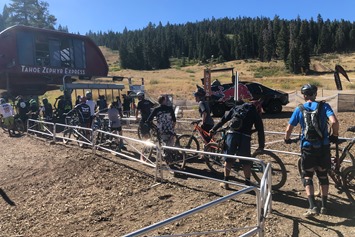 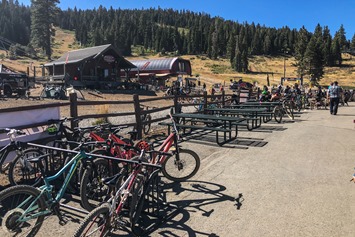 I might do a deeper dive into the Interbike move to Tahoe/Reno later this week, which I’ll dive more into the Outdoor demo bit. But even if the rest of Interbike somehow ends up horribly sucky, the move up here to Tahoe was a million times better than the Outdoor Demo days outside of Vegas. Just so much nicer up here from a riding/hiking/outdoors standpoint (Note: There are really nice places outdoors nearish to Vegas, but where they held the demo each year wasn’t one of them).

5) Sunset over the lake

There’s no better way to end the weekend than watching a sunset over the lake. Not lake Tahoe of course, because I wasn’t about to drop that kinda bank on a hotel room. Nope, Lake Donner, the little lake my little hotel is on. 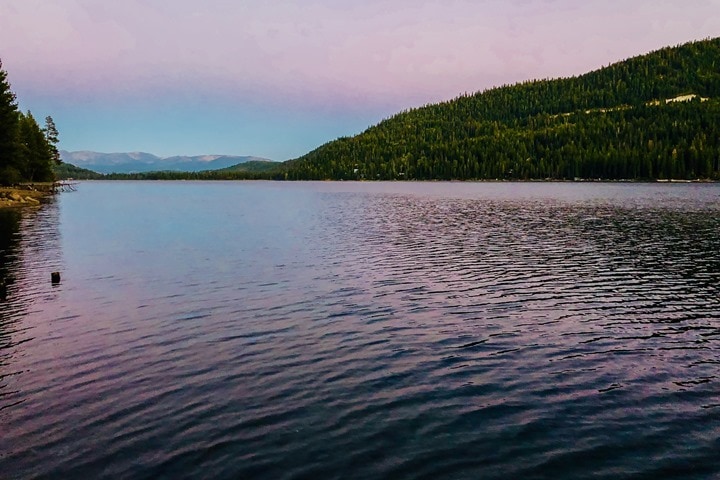 I was actually getting some final shots I needed related to low-light conditions for my Mavic 2 In-Depth Review, and certainly sunset is the perfect time for that.  Also was getting some Hyperlapse shots too, among other random things that were on my hit-list. 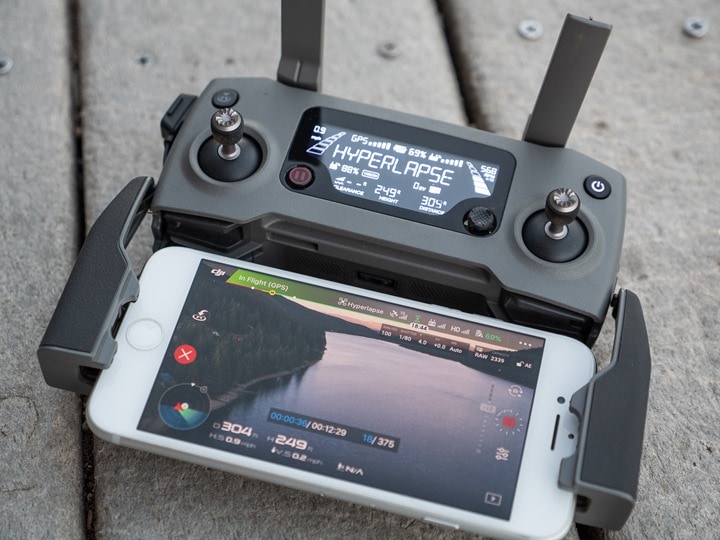 (In case you were wondering, most of the prettier shots in this post – like the above – were taken with a Panasonic GH5s. I rented one for the week, mostly for video stuff I’m doing, to try it out. Might consider switching over to it, though more likely the cheaper GH5. Lovin’ it.)

Thankfully it wasn’t as breezy as the previous night – so it was quite enjoyable just hanging out on the dock as darkness in the mountains settled in.

With that – I’m ready to dive into Interbike this week. While the Outdoor Demo continues through Monday evening, the main show kicks off Tuesday. I won’t be spending any time at the Outdoor Demo on Monday, as I’ve got piles of meetings on Monday to attend to ahead of the show.  And if you had asked me back in July whether there would be much at Interbike, I’d would have probably laughed – but I think there actually might be a nice roundup of new products worthy of note. And I’ll be here to gives you those notes.

Stay tuned, and thanks for reading!