I just wanted to very briefly cover two new products that have been announced in the last 24 hours.  Neither one really warrants a standalone post – especially since neither company has samples available on-hand (or rather, in my hands).  But combining both together works just fine for this Thursday afternoon, and also gives y’all a place to discuss both products.

First up we’ve got Polar with the new Loop 2.  It’s been almost two years since the original Loop hit the streets, so a slightly updated variant does seem logical.  You’ll remember then when the original Loop was first announced, it was essentially the first activity tracker to connect to a heart rate strap.  Since then that’s become somewhat common – with Garmin and others following in Polar’s footsteps.

However, over those two years other companies have added features such as smartphone notifications, inactivity alerts, and vibration functionality (for wake-up alarms and alerts).  The sum total of which are what differentiates between the original Loop and the Loop 2. 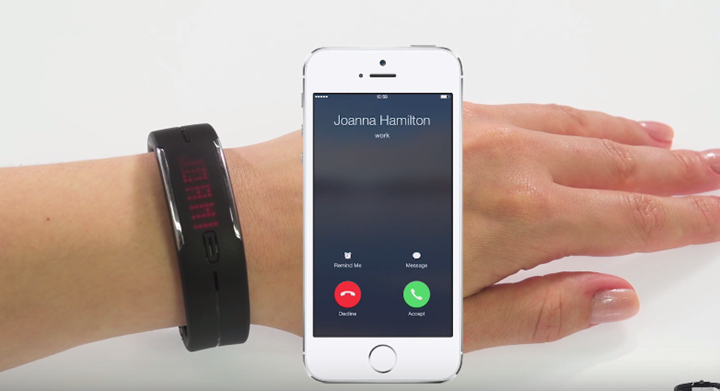 The smartphone notifications will allow you to get vibration alerts for incoming calls, text messages, and calendar reminders.  This is essentially how the notifications work on the Polar V800, so this is likely an easy-win for Polar in porting over that logic to other products (as they’ve been doing with other watches lately).  On the downside, some were hoping Polar might add that to the existing Loop with a software update. 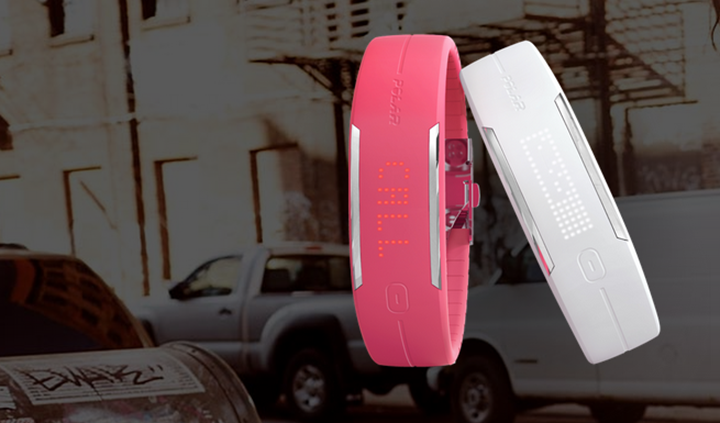 All of the past features remain, including connecting to a Bluetooth Smart heart rate strap for workouts, as well as the roughly one-week long battery. 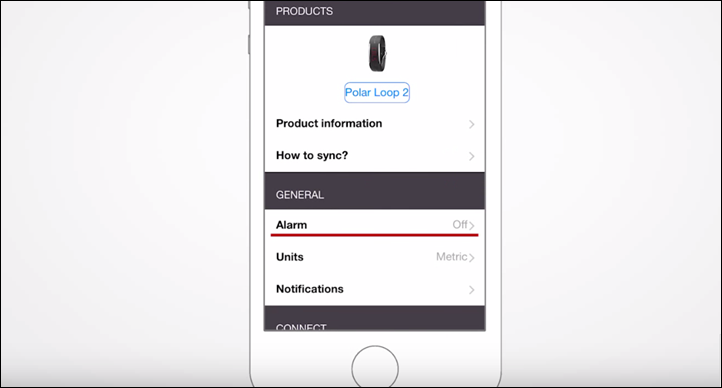 The price rises by $10 to $119, from $109USD.  It’ll be available this month in white, pink, and then black in November.  Actually, sorry, officially the colors are ‘Powder White’, ‘Sorbet Pink’, and ‘Smoky Black’.  Not sure about you, but I’d love me some sorbet about now.

Here’s a quick comparison chart of the differences between the two units:

Ultimately, I put the Loop 2 in the same category as the Vivofit2: Shrug. They are handy additions to what were already very solid products.  Nothing earth-shattering, but just small upgrades that keep them fairly competitive for the price points they’re at.  My general advice is that when choosing between those two specific products – select whichever brand you’ve already got a relationship with.  There are of course minor differences (i.e. battery life, and notifications), but it’s really going to come down to personal preferences there on specific features, and if you already have a device in one camp or the other.

Update: You can now order the Polar Loop 2 via Clever Training.  In doing so you’ll save 10% with DCR Coupon Code DCR10BTF, plus get free US shipping.  You’ll also make puppies happy and support the site here. 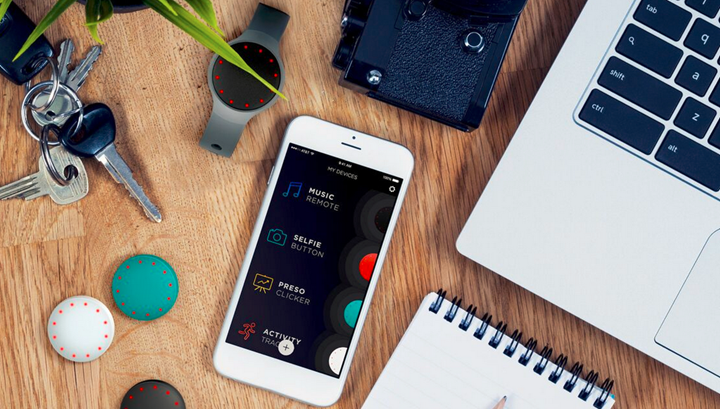 Not to be outdone, wearables company Misfit has announced both a new hardware device as well as a new interesting software app.  The new hardware is the Misfit Flash Link, which is a $19 activity tracker.  Yes, that’s like less than two days’ worth of Starbucks drinks (with cookies of course).

The Flash Link is a fairly simple looking device that can be worn in a variety of locations depending on which accessory band/clip you use.  The unit will count your steps, and track your sleep.  It shouldn’t however be used in the pool to track swimming as the other Misfit products can, as the device lacks any waterproofing at all. A compromise the company said had to be made due to hitting the lower price point. 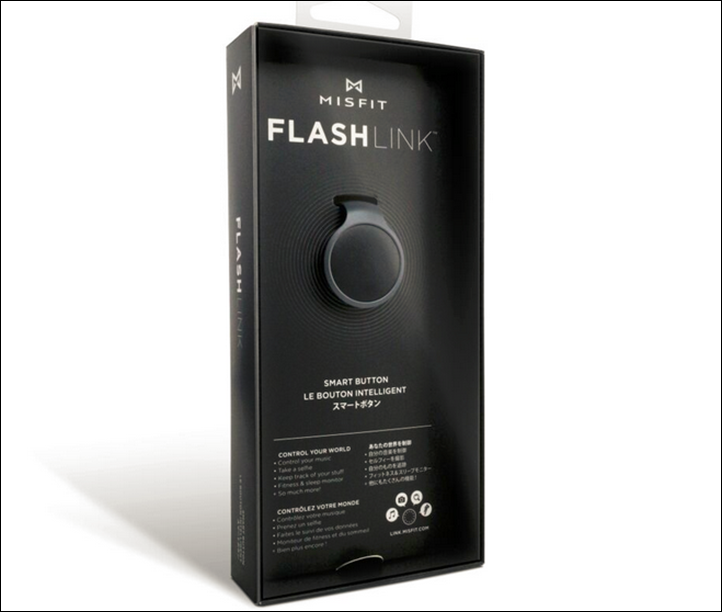 The Misfit lineup gets a claimed battery life of about 6 months on a simple coin cell battery that you replace.  They’ve also got apps available for iOS, Android and Windows.  Note however that it does not have any vibration alerts, mostly given the tiny size of the device just doesn’t allow for a vibration motor.  But it can use its ringed light array though to display progress status and a clock. 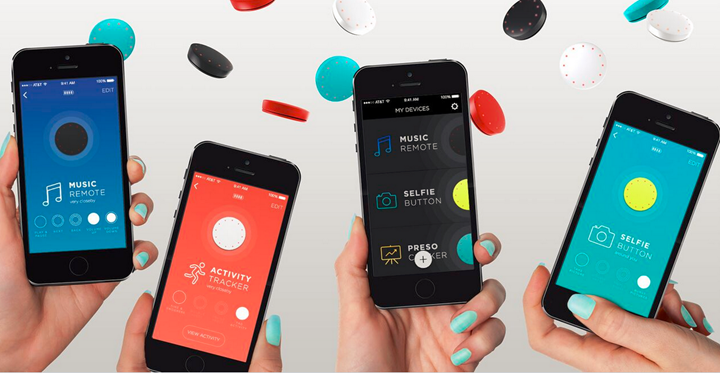 Also interesting is a new app they’re releasing that allows you to use the button on the Misfit trackers to trigger tasks or functions on your phone.  For example, you can control your music (including Spotify and Pandora), take proper phone propped up against a book naked selfies with Snapchat, and even trigger Rube Goldberg IFTTT workflow from the device.

The iOS version of the app is available now (called Misfit Link), and the Android version is coming next month (August).  This is a pretty cool idea – one I’d love to see others adopt as well.  We’re seeing more of this type of expanded wearable to phone control with some of the more expensive smart watches, but it’s awesome seeing it at the sub-$20 level now too.  Heck, it’s awesome having connected wearables at the sub-$20 level (yes, I know there are some in China already at that level). 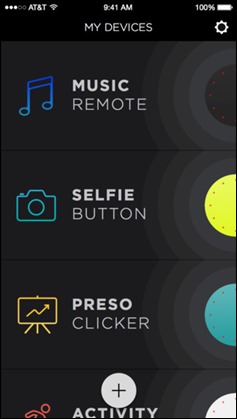 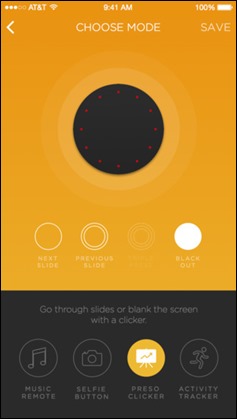 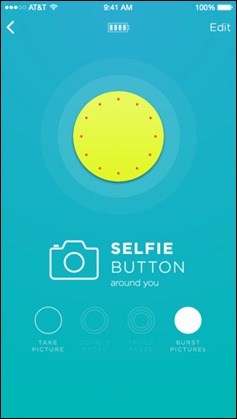 I don’t know if I’ll do a full review of any or all of these products – perhaps just a shorter hands-on post once they become available.  In the meantime, feel free to drop any questions below.  Thanks for reading!