A short behind the scenes visit to Suunto and Omegawave 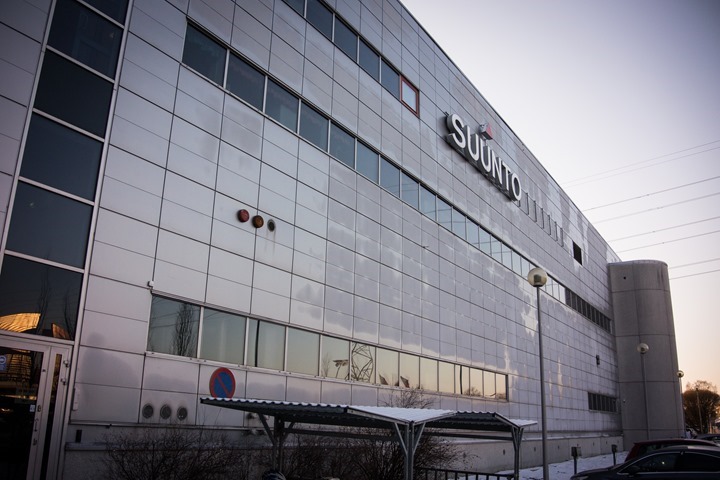 Last Friday as I finished up my frozen adventures in Finland, I had a couple of hours after my work meetings wrapped up before my flight back home.  So rather than spend that time hanging out in the Helsinki airport (which, is actually quite nice), I got a brief tour of Suunto’s headquarters and manufacturing facility, as well as a bit of time for a brief chat.  Then, I swung around the corner a few kilometers away to meet up with the Omegawave folks and get a quick hands-on demo of their platform.  And of course, in order to keep things interesting, I’ll finish the post with a bit of a Reindeer story.  With that – let’s get into things. 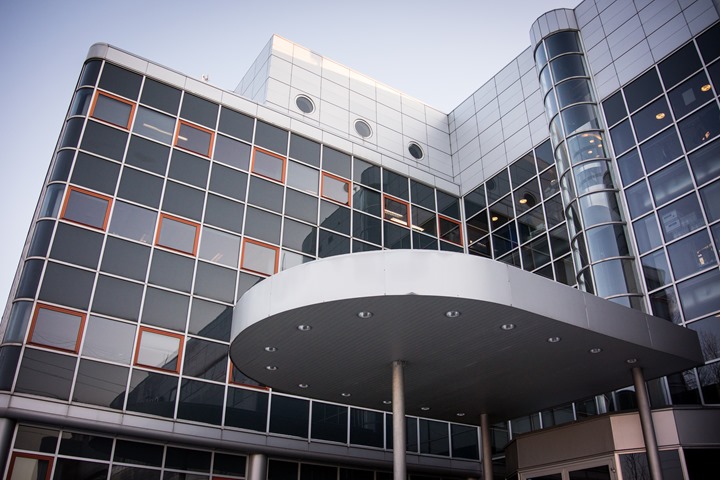 Now, unlike some of my past ‘Behind the Scenes’ posts, this one was far shorter.  In most other cases, I’m spending an entire day with the company on premises, meeting with with multiple product teams and usually doing so scattered about the building.  In this case, I spent only about 75 or so minutes with Suunto – thus, covering a whole lot less ground.  Fear not though, I think as the weather warms I’ll head back up and get a more in-depth look at stuff – perhaps combining a number of other Finnish companies (such as Polar as well) into a road-show of sorts.

In the meantime, let’s step out of the flippin’ cold weather and into the lobby…literally: 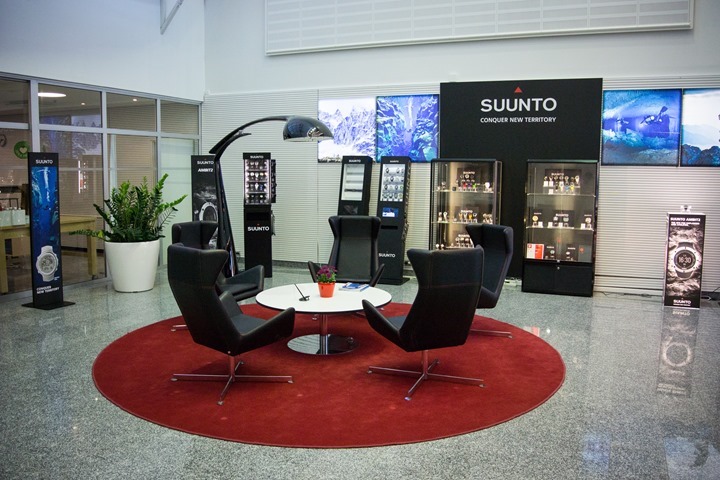 Inside the lobby they’ve got all of their various current-generation products displayed.  They’re arranged into product segments: Diving, Ambit, Compasses, and then non-Ambit (Core/Vector/Elementum/Quest/M-Series).

Ultimately, these same segments align to much more than display cases within the lobby, but also to how Suunto manufactures products.  But before I headed onto the factory floor I headed back to watch a short 4 minute video.  The video was designed to basically be a quick primer into some of their manufacturing processes and an overview of the facility.  Think of it sorta like the pre-flight safety video…except with motivational scenes and music tracks.

Along the way to watch the the video I passed a display case with a collection of compasses from Suunto’s past.  After all, that’s where Suunto started 78 years ago – making liquid filled compasses.  The right hand side of the case is much more recent pieces of hardware from various Suunto sports teams. 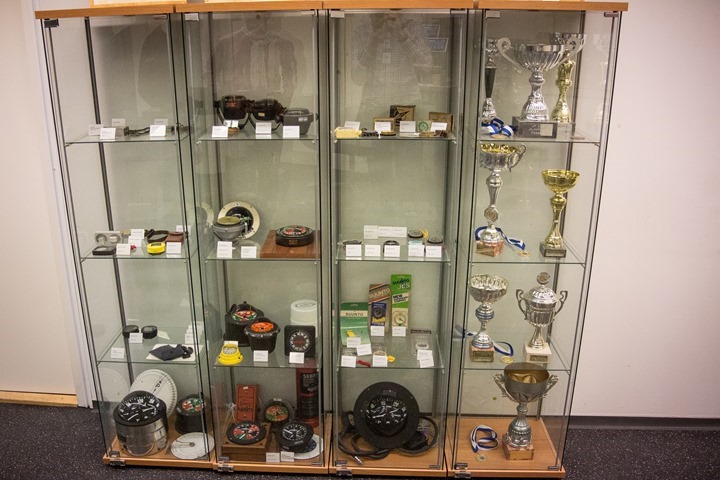 After the emotional and uplifting manufacturing video was presented, we headed over to the manufacturing floor.  Before we entered we first donned coats and checked how our shoes faired with static electricity.  Half of ours failed, and thus we would then have to walk outside the yellow lines within the factory floor.  No worries though, the distance between build area and the yellow lines was no more than a meter or so in most cases. 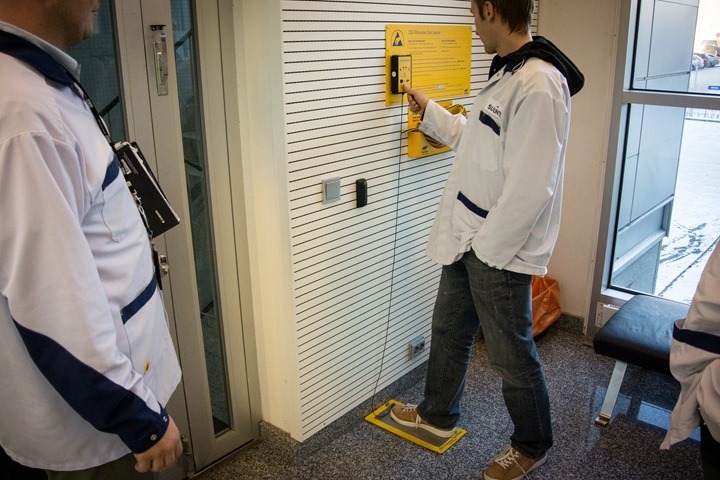 Now, once we stepped through the door to your left I wasn’t permitted to take any photos.  This was mostly a byproduct of everything being arranged at the last minute.  Hopefully in the future if I make it back up there I can do a full factory floor walk-through like I’ve done with other companies.  Obviously, like other companies I simply don’t take photos of things that they say is confidential – common in factory settings.

For now though, let me walk past a slew of observations during my brief tour of the manufacturing facility:

As I said at the beginning, there’s tons of little observations that are much easier to convey with photos.  Plenty of little “ahh…that’s cool”, or “ohh…so that’s how you do it” moments.  From a physical station on the factory floor to test compasses to how they test watches for the right internal humidity levels by heating them up and dropping a dot of water on them to check for (lack of) condensation.  Or even how they increase the humidity of the facility during the winter to compensate for the dry air to ensure condensation doesn’t happen in other environments later on.

But…those will all have to wait for another day.

After the factory tour floor we spent the remainder of the time talking about the state of the industry and many of the requests that I see from you (readers) – be it on the Suunto line-up or competitors’ lines.

Obviously, like any company out there that intends to stay in business, Suunto is most definitely working on new products.  As one might expect, none that they wished to convey as part of this post however.  That said, from looking at my top complaints on the product (very few) and their online services, as well as the top complaints I hear about their offerings – I think they are making good progress on addressing those.  Some of those tweaks you may see sooner, and some longer down the road.  No doubt though, tweaks are coming.

With that – I wrapped up things inside the building and headed back out into the cold. 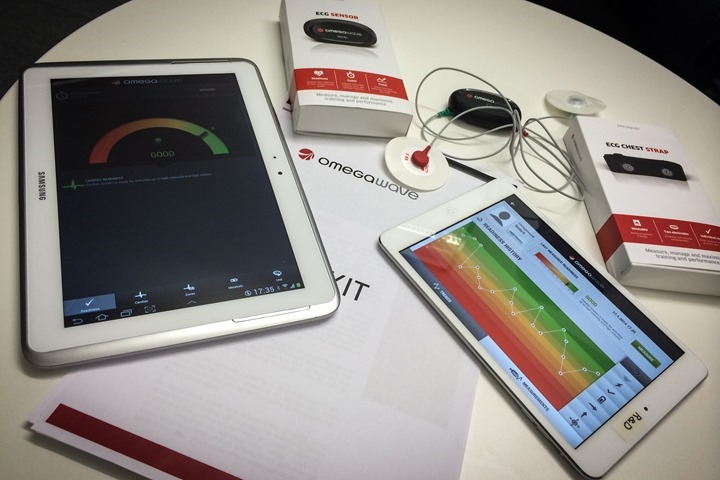 A short taxi ride later and I was at the headquarters of Omegawave – housed within a small section on the first floor of a large multistory glass building that serves as a tech corridor incubation house.  The building is full of other smaller technology focused companies and startups.

Omegawave makes products that aim to optimize your training and recovery.  They do this using an ECG (Electrocardiogram) device that looks mostly like any other heart rate strap.  There are some minor differences though in the strap itself, which increase the resolution of the data.  For example, in addition to the front sensors typically found on a heart rate strap, the unit also has ones on the sides of your chest.  The strap then connects via Bluetooth (legacy) to both iOS and Android apps.  Because it’s using legacy Bluetooth there’s no limitations around only Bluetooth Smart compatible devices (newer devices).  However, legacy Bluetooth means you get dramatically shorter battery life (a dozen or so hours), compared to a year for BLE products.

But – that doesn’t matter.  See unlike a typical HR strap you actually don’t wear this during exercise.  Rather, you wear it for a few minutes a day to gather data at rest.  Some athletes will measure this at multiple points in a day – such as upon wake-up, before a workout, after a workout, and at the end of the day.  So that dozen or so hours lasts quite a long time.  And the strap is simply rechargeable when needed.

The goal with the measurements is to take the concept of resting heart rate to a higher level.  Many athletes (including myself) take resting heart rate in order to provide a bit of a checkpoint against other training metrics.  For example, for me I can usually see quite clearly in my resting heart rate when I’m about to get sick, or when travel fatigue has caught up with me.

Now, Omegawave believes that the resting heart rate data is too variable to be useful.  Instead, they believe that by going with data based on heart rate variability (HRV/RR) they can get much higher levels of accuracy on fatigue factors and thereby give you more clear guidance on when to recover and when to push harder.  As a result, they note that they are able to predict when an athlete might be more susceptible to movement injuries (such as in basketball) due to the fatigue.

These ‘Cardiac Readiness Elements’ are then plotted against five different metrics to make up an entire picture of what’s going on.  A picture that’s apparently so clear that their list of customers – mostly higher end athletes and teams – spans teams in just about every major sporting league out there.  NFL, MLS, NHL, Premier League (soccer aka football), US Olympic Committee and others.  In fact, while I was there the room next door had a college basketball team from the states getting trained on using the product.  In fact, the app includes the ability for coaches to monitor an entire team.  So the individual athletes complete their metrics on their own and the coach connects to a cloud service to view metrics across all athletes. 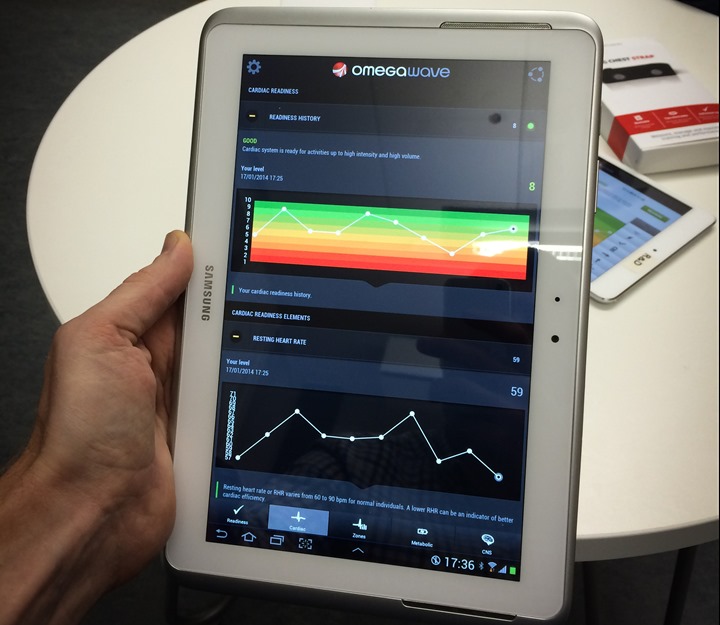 Now, the product is a bit pricey though.  It costs $99 for the unit itself, then there’s a $49 annual fee (or it can be paid as a $4 monthly fee).  So things add up quickly.  Oh, and in case you’re curious about the earlier photo showing the additional sensor wires, that’s for a slightly different product that measures on the forehead instead.  For most folks, you’d be using the chest strap method.

Ultimately, I think it’s interesting technology and is something I’ll circle back to later in the spring as they look at newer products in the pipeline.

Finally, for those of you less inclined to read about Suunto or Omegawave, I bring you my final ‘meeting’ of that evening – the souvenir shop post-security at the airport.  After all, I had to pickup my country magnet.  I’m not quite sure how said magnet practice started, but at this point, our fridge is covered with them.  Ground rules dictate one magnet per country (generally).  Rare exceptions include things like China, or similar large countries with multiple major iconic cities where a secondary city-specific magnet is fully justifiable.

After I had picked out my Finland magnet and paid for it (yes, it included a little reindeer on it), I was walking out of the Finland themed shop when I realized there was a small fridge off the side.  This is somewhat common in airport gift shops, and it usually contains some local delicacies.  In Paris for example, there’s a cheese shop just after passing the customs booths on the way out.  Said cheese shop is sniffable about 100m away.

In the case of Helsinki though, it’s not cheese – but reindeer roasts.  The case contained two varieties – lean, and presumably, not so lean.  Both varieties were expensive as heck.  One kilo was 83€ ($112), so basically $51US per pound.  Crazy talk! 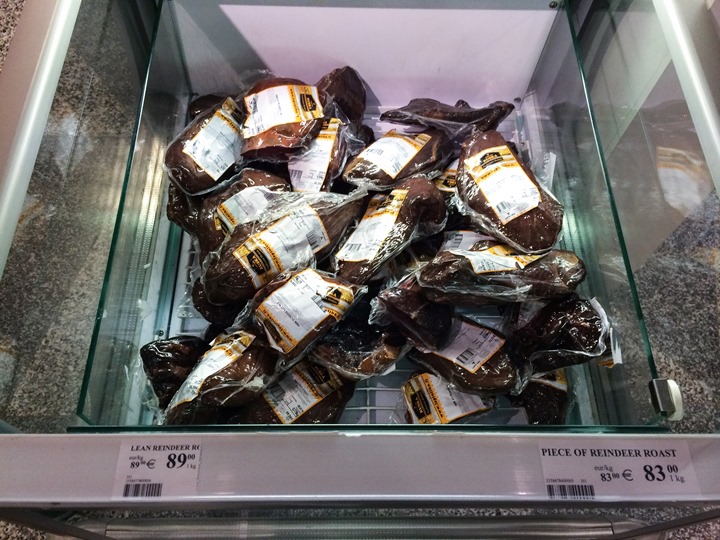 So instead, I took my little couple-euro magnet and boarded the plane.  No Rudolph or Prancer for me that day.

(Just as a point of housekeeping – neither Suunto nor Omegawave paid for any part of my visit.  I was up in Helsinki for an unrelated work thing for my day job and simply stopped by on the way to the airport.)