Over the past week I’ve been comparing the iPhone 14 Pro to the GoPro Hero 11 Black. At first glance that might sound like a quirky proposition, but in reality, it’s very real world. Even more so with adding a new ‘Action’ mode to the iPhone 14 series. That new mode basically takes the 4K sensor area, and then cropped into it a 2.8K image, and fully stabilizes it.

Of course, stabilization on phones (Apple or otherwise), is nothing new. But there’s a substantial difference between the stabilization of yesteryear that’s designed for casual walking, and that designed to stabilize mountain biking or an all-out running sprint. Both of which I test.

In the test video above I dive into all the below in various modes (action and non-action): 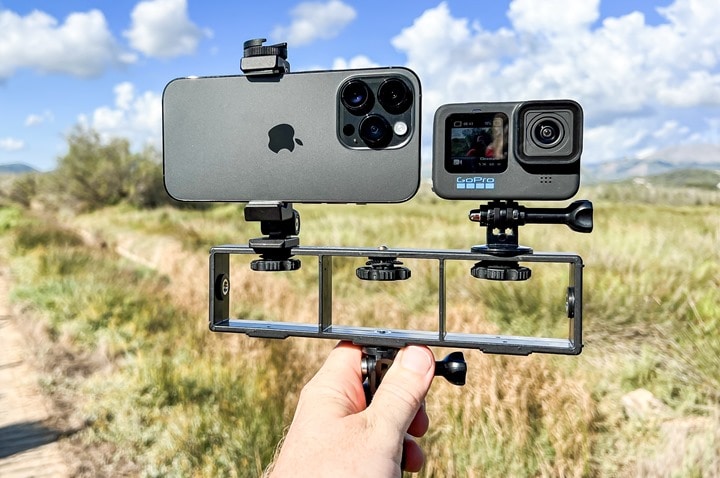