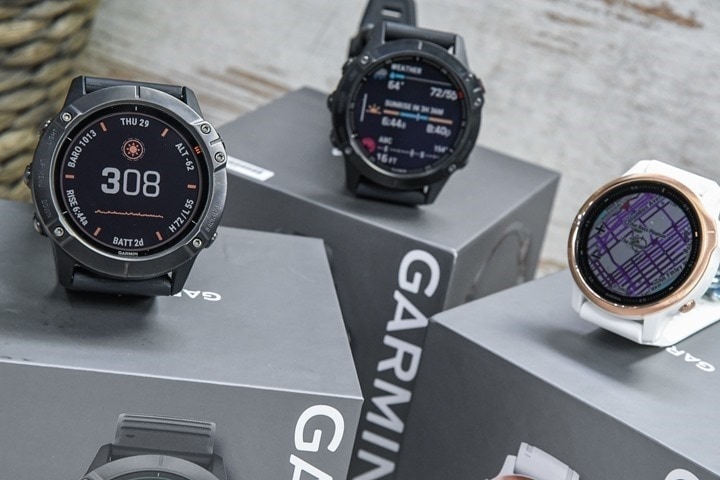 A slew of sales have started today, with many retailers opting to get a jump on Black Friday deals. Probably the most notable major brand to start sales today is Garmin, with the Fenix 6 Series at $200-$250 off (bringing it down to $349 for the base units). And then virtually all smart trainers at 20% off, including the Wahoo KICKR! However, that’s only a small portion of their sale slate, as seen below.

We’re also seeing a number of smaller brands either start today, or announce their sales today. I’ll be adding these in as fast as I find them or hear about them, so definitely keep checking back.

Undoubtedly, we’ll see more deals over Black Friday weekend itself – though rarely do we see any deals that beat current deals. For example, we won’t see Garmin increase the sale to $250 off, because then retailers would have to deal with swaps and returns for a lower price. Plus, Garmin almost never does ‘another’ sale over Black Friday specifically anyways. They just announce their sales now, and let ‘er ride.

For European sales for sports tech, while some minor ones have started, those tend to ramp up on Black Friday weekend, driven by specific retailers. They usually hit peak-deal status on Black Friday (the day). In any case, all of the tables below dynamically update as I add new sales in, so as usual, keep checking back.

Most links here help support the site – which I greatly appreciate! If you know of a sports tech deal (gadget-focused), feel free to drop a note in the comments or in the contact form. As long as it’s not spam-like, I’m more than happy to share it out! 🙂

Oh, and first, three quick notables for links that support the site and everything you see here.

First is REI has their members 20% off sale. If you’re not a member, you can join for $20 (lifetime membership). That gets you 20% off most things, albeit only one item, through Nov 22nd (except basically GPS watches and action cameras, though most of those are on sale anyway). And this includes tech and non-tech.

Next, there’s Backcountry and Competitive Cyclist, which both also have 20% off sales too, and tend to carry more cycle-specific things (both tech and non-tech). Both these links also support the site.

And finally, on the European side we’ve got Wiggle running a boatload of deals, primarily in the cycling side, on both tech and non-tech. I’ve got many of the best sports-tech deals listed down in the ‘European’ section towards the bottom. But there’s countless non-tech deals (like cold-weather cycling gear) too.

Ok, onto the deal lists!

What’s that? You’re not in the US and still want a deal?  No problem!  Note that on Amazon Europe deals, generally speaking, you can order from any Amazon European country site (i.e., Amazon France) and have it shipped within the EU (i.e., Spain). Thus, many times deals are duplicated across the sites. I generally try and just distill it down to one.