Aero Optim 20J – The Wind Tunnel For Everyone: A Brief Explainer

Tucked away in a corner of one of the many desolate halls of Eurobike this year was Japan Wind Tunnel Manufacturing, and two of their wind tunnels under the Aero Optim names. When I first saw them early on the first day of the show, they were just fanning an empty bike. I took a handful of photos for Twitter and Instagram, and then moved along. I’ve had enough time in wind tunnels over the years, and enough conversations with aero people over beer to know when things might be a bit aero-iffy.

However, over the course of the next day and a half, the crowds seemed to grow enough that I figured I’d do a quick circle-back and dig into some of the most common questions. Thus, the video above. 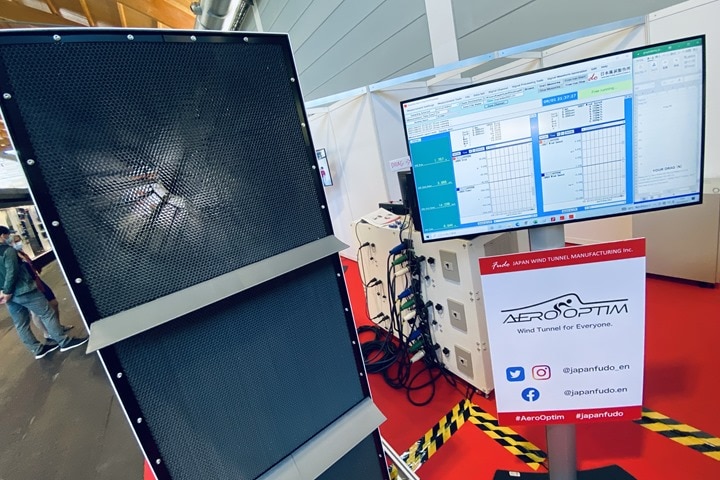 Their idea is to primarily cater towards companies, both cycling and otherwise, that want to do aerodynamic testing of products. In addition, they also see a market for bike fitters, pro teams, or similar professionals that want to do aero testing. In those cases, a company would be paying thousands of dollars per day for testing access at a wind tunnel. Though, computers make the reliance on wind-tunnels for products less important than in years past. Whereas instead, it’s putting products on humans that’s more valuable in a tunnel.

Here’s a quick look at their spec sheet: 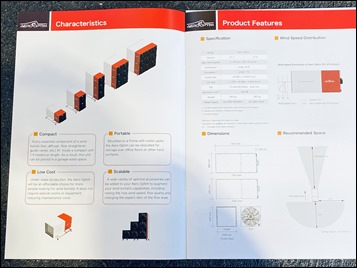 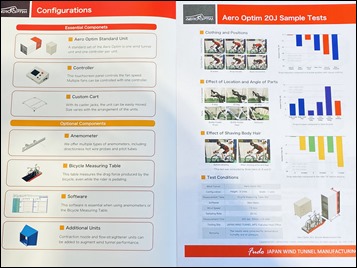 There’s of course a boatload of questions. Likely more questions than answers (most definitely more questions than answers). Still, as easy as it is to make fun of something like this, the reality is that *IF* it can be accurate in a proper environment, then it could actually be a game changer for many bike component companies in the space. So, to run through all those questions, and the answers I could get, here ya go:

Don’t wind tunnels usually pull air rather than push it (thus, fans are usually behind a rider)? Yes, that’s true, as it ensures the air isn’t turbulent after exiting the fan blades. Japan Wind Tunnel Manufacturing (JWTM) says they’ve solved (or mitigated) that by the placement of both static fan blades directly after the rotating fan blades (called stators or vanes), as well as a secondary set of them before hitting the mesh and then exiting the box. In addition, there’s some element of other proprietary software stuff atop that (I show that in the video above).

Don’t wind tunnels need lots of space around them? Yes, they do. Lots of space to typically ensure clean airflow and that air doesn’t bounce. However, JWTM says they only need 3-meters of side/back space, 5 meters of front space, and 4 meters of ceiling height. Thus, this isn’t likely to work in most small shops. But, setting aside whether or not this is accurate, from a space standpoint warehouse space is cheap. One only need to look at the DCR Cave, which is industrial/warehouse space, and I’ve easily got 30 meters of length of emptiness I could stash it. For a company in this space looking at this type of investment, finding an empty warehouse isn’t a big deal. For a bike shop, it’s probably a show-stopper. Yachts will vary.

Why does it list an anemometer as ‘optional’, isn’t that normally required for wind tunnel testing? Yes, normally. However, they said that some companies actually buy their products purely to generate wind, without any care about the sensor data. They noted a drone company has one of their units simply to test the drones in high winds. I’d suggest just sending me the drones instead, I already provide that service for free.

What’s the accuracy of the tunnel? Oh…right, that. They didn’t say. Or rather, they won’t say exactly. Other than to say it’s comparable to other wind tunnels. The company actually makes ‘regular’ wind tunnels. So one has to assume this isn’t their first BBQ.

Can this be connected with Zwift? No, that’d require Zwift to support a new accessory hardware type, and likely charge JWTM for the right to license that to allow paying users to connect to it.

Does it have any yaw angle support? Not automatically, though one would only need to kick the front of the bike stand to add a degree or two of yaw angle. See…done!

Does it show your CdA? Yes, it does. On the software it’ll show each test ‘run’ you do, which they were doing as 10-seconds at Eurobike (normally that’d likely be much longer for positions to settle). You can see this in the video. Obviously, I was wearing street clothes and there were many obstructions around, so it’s not really a logical/useful number. Ironically, this year at Eurobike they could have easily moved to one of the numerous empty halls for a ‘proper’ test.

Will you be doing accuracy testing of this? Nope. I don’t have any plans to dive any further into it. I’m sure companies will, and in a year or two, word will get around as to whether or not it’s accurate. Unless of course, 13,361 of you decide to sign-up as DCR Supporters, in which case I’ll be happy to do accuracy testing of it with some other wind tunnels. In fact, there’s a ‘proper’ wind tunnel just a few blocks from me. 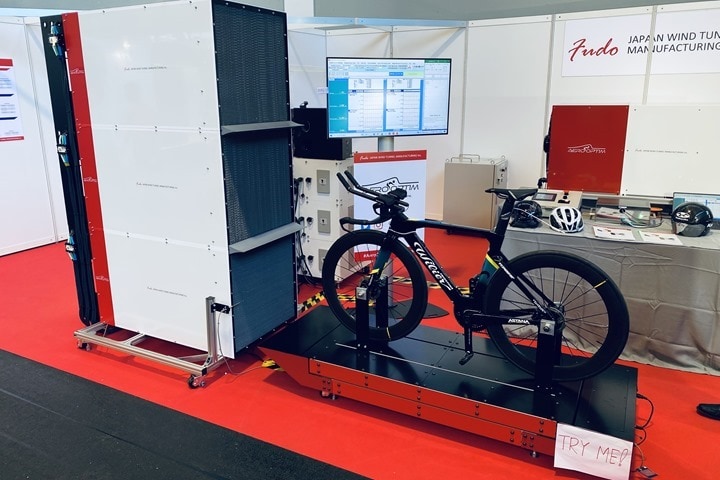 Ultimately, the proof will be in the pudding here. If the company can produce an accurate unit, then I suspect it’ll see some update in certain segments (both cycling and otherwise), especially on the product development side. Whether or not a bike shop or fitting services could figure out the ROI to make a 225K unit work is another question. I think that’d be pretty challenging given the rise of aero sensors (even with their own challenges) and accessibility of wind tunnels in general (better than in years past).