We’re almost back at full ‘5 Random Things’ capacity here, though, this time topping out at 4 Random Things instead. Here’s the gadget and non-gadget filled goodness from the last few days.

Friday afternoon I headed out for a plod around the lake. I’d been meaning to get another Suunto 9 Peak openwater swim in, before hitting publish on my in-depth review. My previous swim back in early June didn’t go over terribly well, but it was also on beta firmware. And while I have boatloads of runs and rides GPS data, I wanted at least one production-firmware swim in there. Thus, out I went: 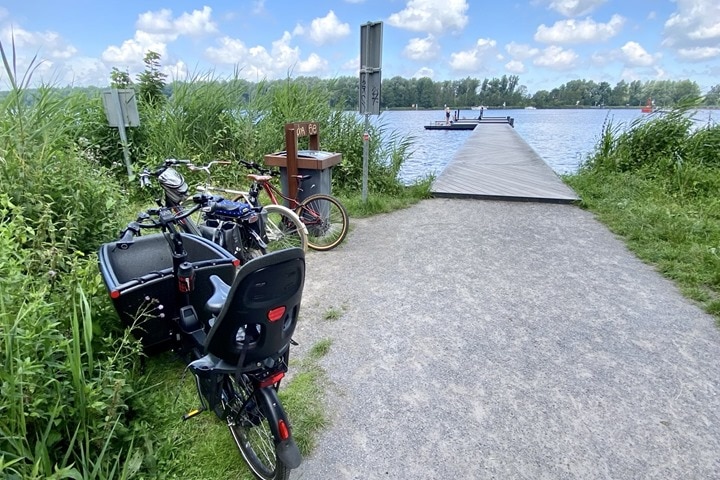 I did my usual loop, which depending on how I slice the far corner ends up being about 1,600-1,800m. It was a nice enough day, and the lake was pretty quiet too. 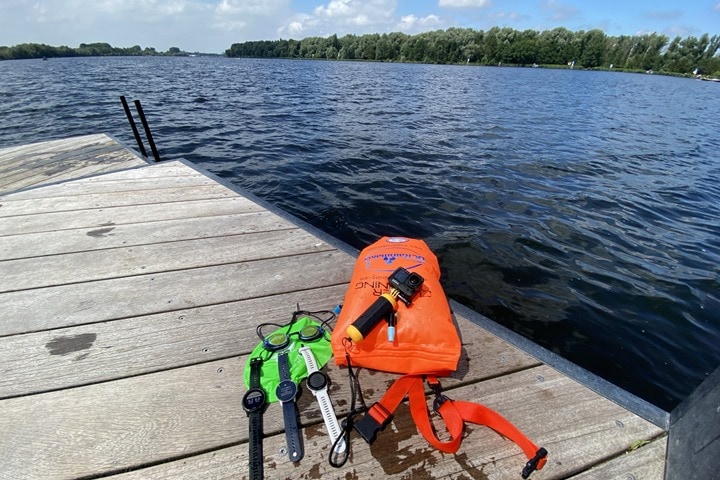 In general that’s been the case much of the last 1.5 years, as the party boat traffic tends to be a bit more subdued (even on weekends). As a side note, I continue to be impressed by how many people at the lake here use swim buoys for visibility (and/or, for storing their phones/bike keys/etc…). I’d say about 50-75% of openwater swimmers (defined as people with goggles or cap) here will have one. Whereas folks just going for a quick 5-10 minute dip don’t tend to have them. 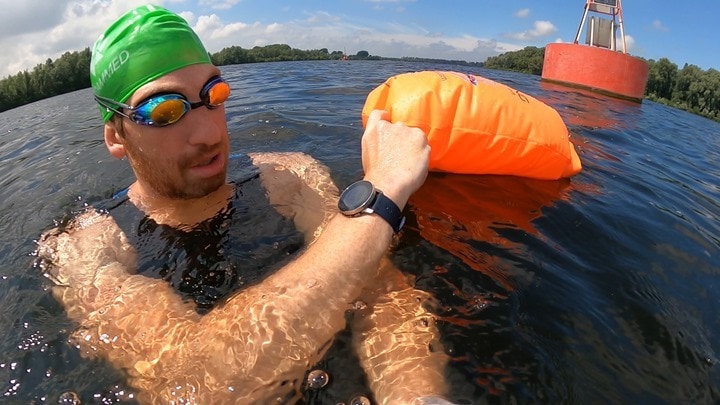 On my left wrist I had the Garmin FR945 LTE, and the right wrist had the Suunto 9 Peak (both in openwater swim mode). Atop the swim buoy I had another watch in regular run mode, to act as my reference track. Here’s that result: 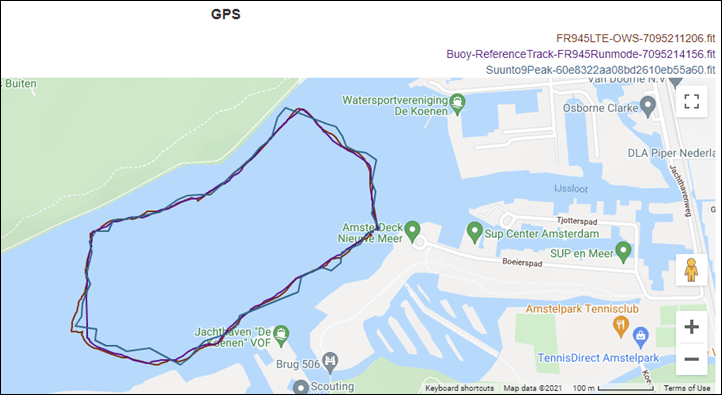 Interestingly, in one of the extreme rare cases of the reference track being a touch bit off, you can see as I rounded one of the channel marker towers, the GPS on the reference track cut the corner incorrectly. It’s plausible the watch flipped over on the strap, and got into the water (thus minimizing signal), or who knows what. Usually I have it pretty tight on there. 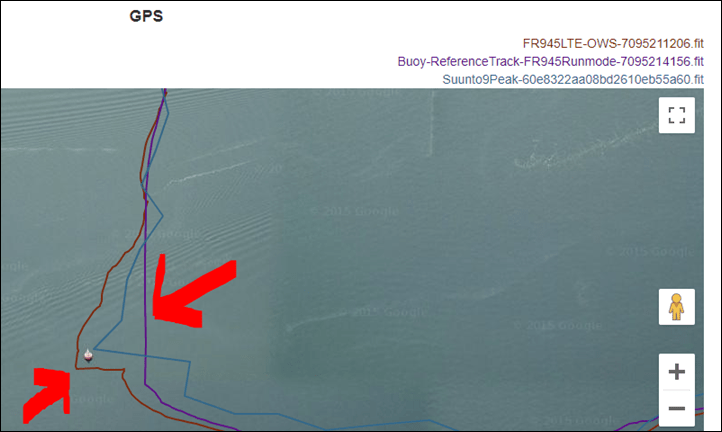 The FR945 LTE though on my wrist nailed this perfectly, including that tiny bit of drift you see, as I took some photos. In general though, the Suunto 9 Peak wasn’t as accurate across the board, with the GPS track being a bit drunker than I prefer, as you see it often on either side of the reference track. Certainly not horrible by any means, but definitely not as accurate as the FR945 LTE was here.

Saturday brought a birthday party across town for one of the girls. On the pickup portion, the middle Peanut came along for the ride. While she did manage to score some birthday cake as the party wrapped up, I’m not sure she was thrilled about the ‘cost’ of that cake: A strong rainstorm. Just as we were about to get going, it quickly escalated from nothing to minor sprinkles to angry Florida rain. I knew it was going to rain, but not for another hour or so. Apparently it came early – and I hadn’t put the rain cover on. 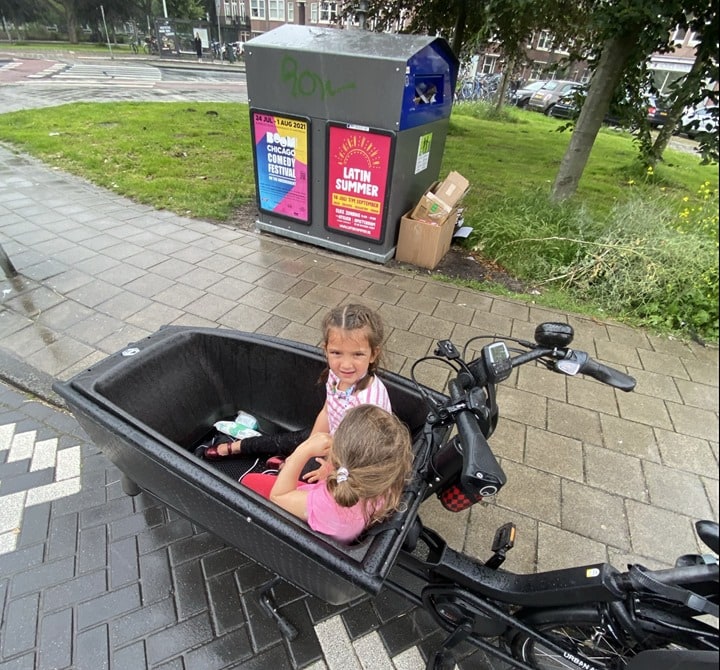 While it was a warm rain, middle Peanut (P2) was very much not happy about this development. But, I found myself a cardboard dumpster with some boxes piled up, which seemed new and clean enough. The perfect umbrellas! 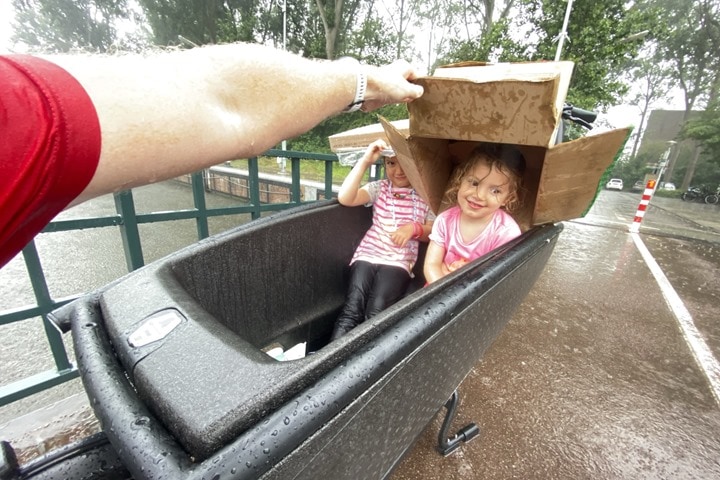 I gave the bigger box to P2, and she hunkered down in that box like a turtle shell, the entire way home. Whereas the older P1 only had a tray box of sorts, but made the most of it: 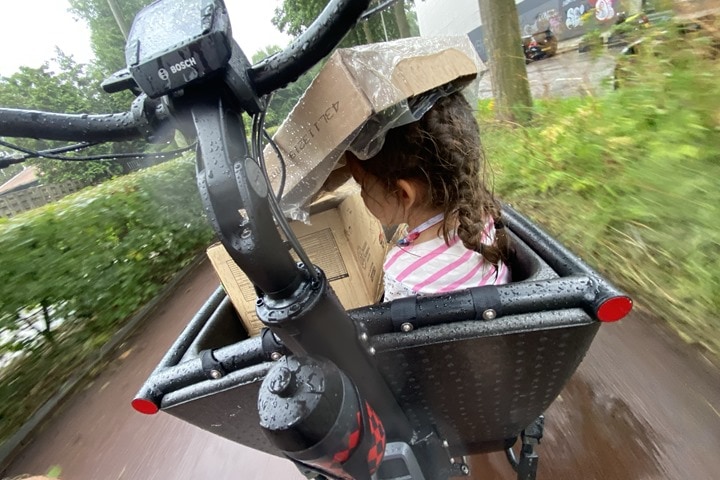 You can watch the full sequence on my ‘Cargo Bike Wows’ Instagram story archive here, if you want. By the time we got home, every layer of clothing of mine was completely soaked. The Peanuts didn’t fair all that much better, but at least the angry rain wasn’t hitting their faces at 25KPH anymore.

Sunday night after the kiddos went to bed I zipped back to the DCR Cave to get in one final ride on the JetBlack VOLT. I’ve been testing it for a bit over a month now, and wanted one more data point on things. Which, I suppose is somewhat the theme of the weekend. Thinking about it, it’s often the theme of things when I’ve got some travel ahead. I try and cram a bunch of final data collection before heading out of town, and then sort out the final analysis out on the road. 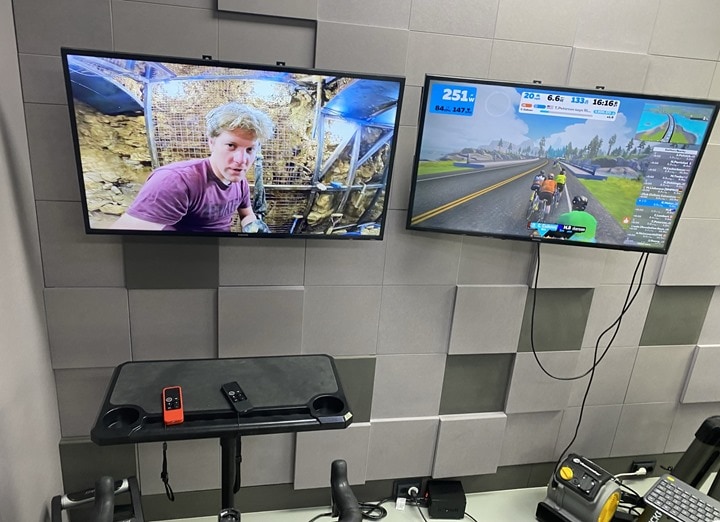 In this case, after a rather prolonged setup/prep period, I got to cooking. The JetBlack VOLT was atop the JetBlack rocker plate. Though, this rocker plate is sold under many different brands, from KOM Cycling to ones by Wiggle as the Lifeline Rocker Plate, and others too. Same-same, just different paint-schemes (and interestingly, different instructions- the JetBlack instructions are the clearest set yet). 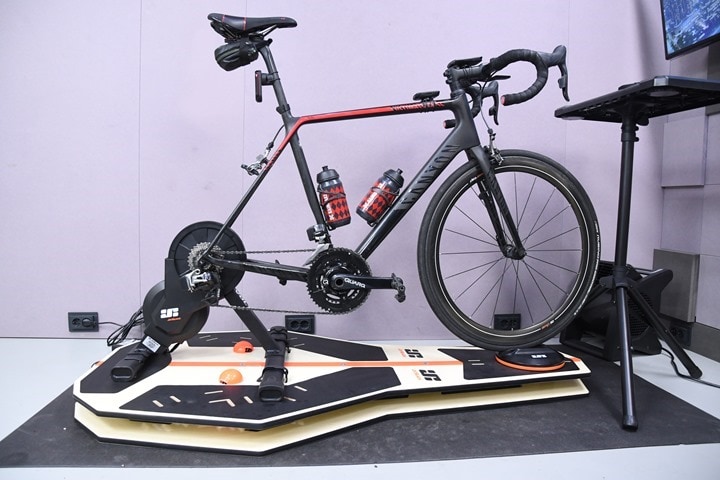 For the ride, I started off with about 30-35 minutes of jumping on the Coco Cadence Pace Partner around some light rollers in Watopia. Then I ditched them to spend another 10-15 minutes doing some surges up the hills of Titans Grove. As always, it’s one of the best places to test trainers in all of trainer-land. The combination of constant up and downs really challenge reaction time of smart trainers, and then the flats on the loop are great for high flywheel speed testing. I’ll detail all that tomorrow in my full in-depth review though. Then it was time for a slate of photos before zipping back home.

Very early this morning, though, still well past sunrise (which starts in the 4AM hour here), The Girl and I quietly escaped out of the house. My parents arrived earlier in the week, the first time they’ve seen all the kids in over a year and a half. And with that, they kindly offered for us to escape for a few days away from the crazy house that is three kids 5 and under. So two small suitcases loaded into the bike, along with The Girl and we pedaled our way across a silent city. 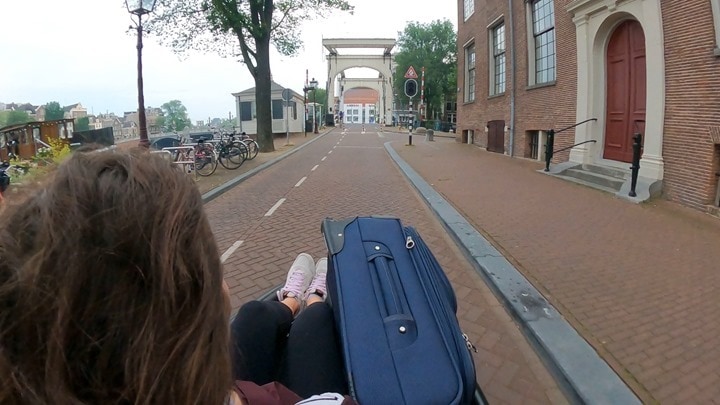 As always, finding a spot can be tricky: 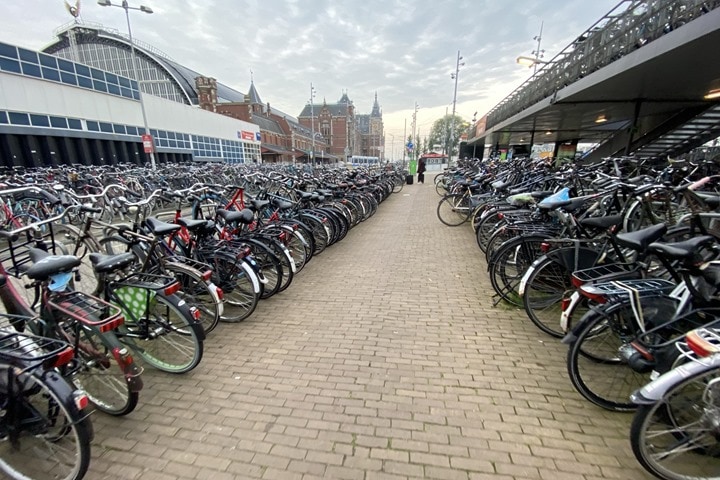 Central Station was also relatively quiet too, and we boarded the first train of the morning southbound for a few days of quiet and eating. 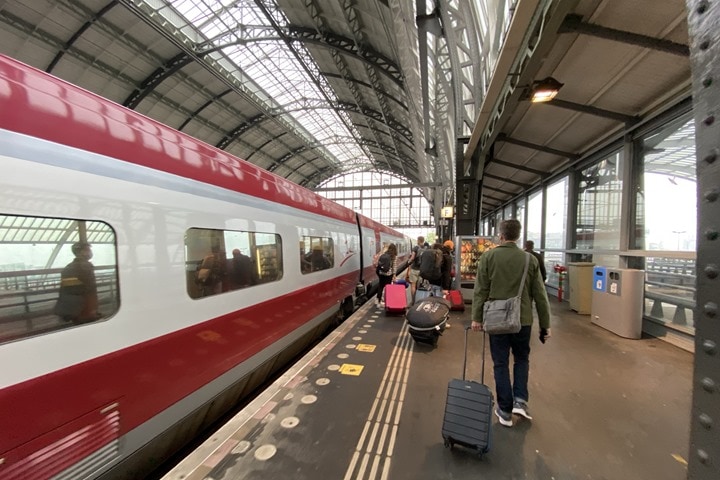 Now zipping along at just shy of 300KPH: