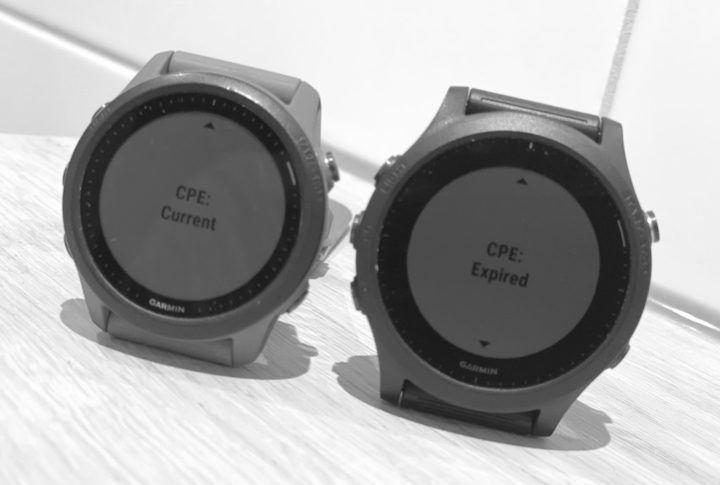 Update: As of Sunday morning this should be resolved, however, you’ll want to ensure your GPS has fully synced before heading out, and it doesn’t hurt to give it a few extra mins outside before pressing start.

Just a super quick post to provide a tiny bit of context on an issue some (but not all) folks are seeing where your recorded GPS track is offset by upwards of a hundred meters or more. In general, the pattern of your route is correct, but it may be displaced to one side or the other. However, in many cases by the completion of the workout, it sorts itself out. In other words, it’s mostly a one-time issue.

Very rough list of impacted devices (I’m missing a ton here, these are just the most popular ones)

Again, I’m missing a boatload here, but that’s the big-ticket ones off the top of my head.

But – that’s all besides the point, and not the cause of the issue. The issue has to do with the ephemeris data file, also called the EPO file (Extended Prediction Orbit) or Connected Predictive Ephemeris (CPE). Or simply the satellite pre-cache file. That’s the file that’s delivered to your device on a frequent basis (usually every few days). This file is what makes your watch near-instantly find GPS satellites when you go outside. It’s basically a cheat-sheet of where the satellites are for the next few days, or up to a week or so.

Your watch or bike computer automatically gets this file via Bluetooth Smart from your phone, WiFi, or USB, depending on how you connect your watch. Most companies deliver it anytime your watch syncs and needs a new version. So from your side, you never do anything – it just quietly happens in the background.

Right now, the data in this file is wrong, and thus the data your watch uses for those first few minutes is also wrong – leading to the offsets. You can see an example of this below, from one DCR reader: 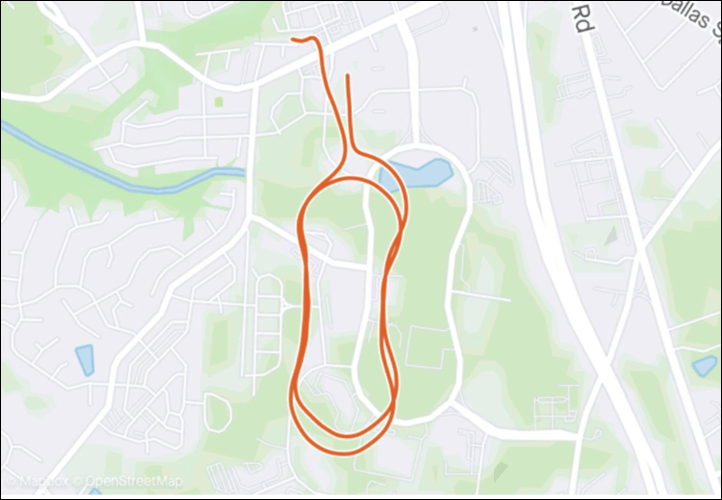 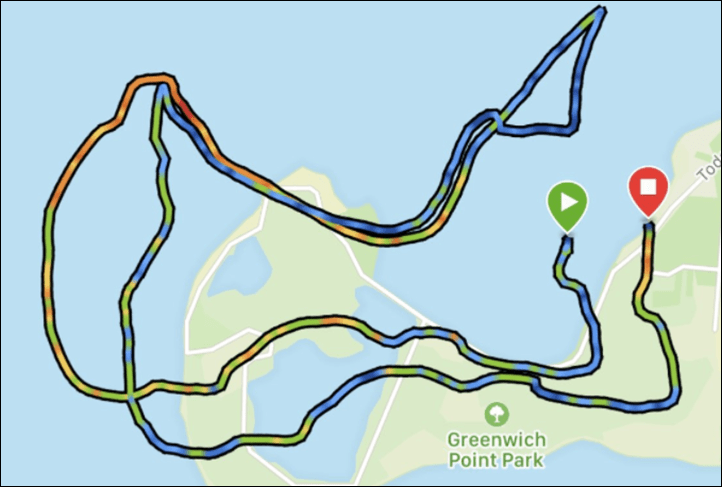 As the watch sustains its connection with GPS satellites over the length of the workout, it’ll generally re-correct itself as it pulls in updated data from above. Most people are reporting that it’ll resolve itself either by the end of the workout, or the next workout. You can see that here from yet another DCR reader:

Same here – identical errors on start point on my Fenix 6X Pro and my wife’s Forerunner 45S, then they sort themselves out – I walked, she ran, so my route is more accurate as it had more time to get a fix I guess… pic.twitter.com/tZ4ysgYPtW

To help resolve this, you can simply stick your watch/bike computer outside and let it record an hour workout, then just discard it after that. It’ll have received the required satellite information to likely correct itself.

But it won’t impact everyone. For example, I tried today with two Sony-based watches (Garmin FR745 and FR945) to get it to lay down an incorrect track – and it wouldn’t. I suspect this is because in my case the watch had been bumped on a few times while playing with my kids yesterday and today, so my guess is it had already re-downloaded what it needed to be correct out of the gate. I also tried with two non-Sony chipsets (Fenix 5S and Apple Watch SE), and didn’t see any problems either.

In talking to Garmin today, they’re working on a fix for the issue, that they believe will most likely be that they just update the satellite pre-cache data from the server, which in turn your watch will grab just as it always does. But first they (and others) are working to sort out what exactly is wrong with the data that’s causing this.

In talking to another person in the industry dealing with the issue, they noted that technically 2020 had 53 weeks, and this is the 53rd week. As such, the suspect Sony data file issue might actually be tied to that complexity.

See…just when you thought you escaped 2020, it’s still there waiting for you at the start of your run.