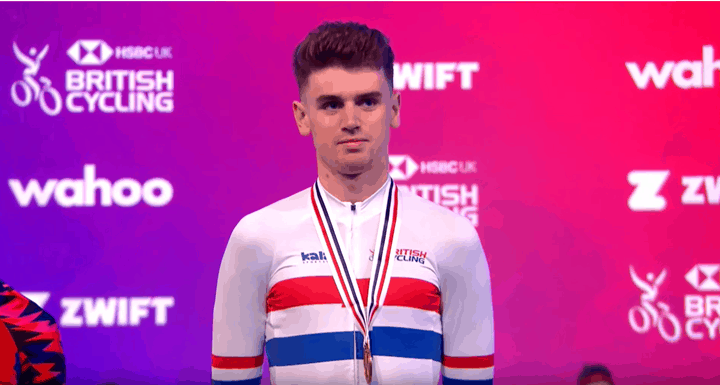 I’ll be honest, when I outlined all the ways one could cheat in Zwift back in January, this method frankly wasn’t on my radar. But today British Cycling has stripped Cam Jeffers of his 2019 British Cycling eRacing Championship title, which was won all the way back on March 28th, 2019 – the biggest Zwift racing event ever to be broadcast, live on British television as well as around the world via YouTube & Facebook (you can watch it here, including the exact moment he was given his medal). Atop that, he’s also received a real world racing ban for 6 months.

British Cycling issued a statement saying, as well as an official disciplinary charge:

But what did he actually do? Did he cheat in the final competition itself on March 28th? Turns out, not directly. And this is where things get pretty murky pretty quickly. Oh, and no, Zwift wasn’t hacked for this.

However, before we get there, note that Cam Jeffers has issued a statement, staying:

“I was first made aware on the 8th April by British Cycling that they has received an anonymous email complaint about how I had obtained the ‘Tron Bike’ within Zwift. The virtual bike I used to compete in the inaugural British eRacing National Championships before winning the title.

I accept this practice was unethical and unsporting and I have cooperated fully with BC on their investigation. I fully believe in esports and it’s part of cyclings future. I will continue to support it and use what I have learnt from my mistakes to help shape it as it grows.

This has been a long, tiring, and financially draining process and I’d like to apologise to the people who support me. I’m looking forward to putting this behind me now and moving forward. Congratulations to the new eRacing National Champion James Phillips.

Finally, I have released a video on my YouTube channel containing all the details on this case which has led to a disqualification, 250GBP and a 6 month suspension of all racing.

The Twitter statement was issued at the same time as the British Cycling statement. 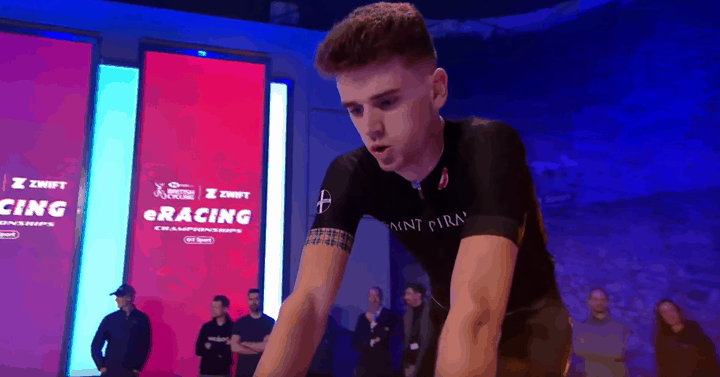 But are you confused already? No worries, let’s go bulleted point style on what he actually did:

1) In the lead-up to the event, Cam Jeffers used an industry tool called the ANT+  Simulator (normally used by companies to test products like power meters or bike computers), to fake rides on Zwift to earn a specific bike.

2) Specifically, that bike was the ‘Tron Bike’ which is awarded after 50,000 meters of in-game climbing.

3) That bike is considered one of the faster bikes, though ironically not the fastest. More on that here.

4) Once he had obtained that bike, he used that virtual bike within the qualifiers as well as the championship where he won the title.

5) As general backstory, using automation or bots in place of human performances in Zwift is against the Zwift Terms of Service (and has been for a very long time), so regardless of anything British Cycling or UCI puts forth, this by itself is grounds for termination of Cam Jeffers’ account.

As you can see, in the actual title itself it’s debatable whether he cheated. On one hand he used a bike he had not earned, on the other hand, there wasn’t a specific rule against that, despite what British Cycling states in their press release. Which isn’t me defending Cam (trust me, we’ll get to that in a second). Instead, British Cycling basically uses more generic rules to find him at fault. 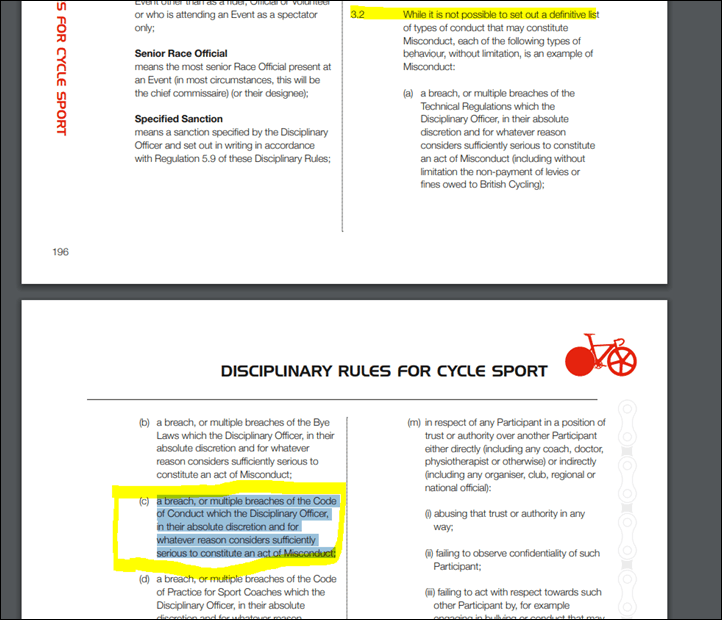 They’re basically saying that under C & H specifically that the act is fixing the competition. Again, it’s debatable on whether that’s true, but that’s the rules.

Now, up until this point my reaction was mostly shruggable. Basically I think the DQ and such is a bit harsh, especially with rumors that other pro athletes were ‘given’ the Tron bike anyway [Zwift says as of today they no longer do so however]. Let alone the fact that UCI rules do require that bikes in competition be made available to the general public, which this would seem to run astray of anyway.

But let’s set that aside for a second. Cam comes out and says what he did was unethical. And initially I assumed he had perhaps done a ride or two and just left the simulator in the background running and bulked up. But when I reached out to Zwift, it was a wee bit more serious than that. Here’s what they had to say (official on the record quote):

“In-game data indicated, among other things, that Cam Jeffers had ridden on multiple occasions at 2000 watts for over 200km with a weight of 45kg, and had also logged on in multiple locations over a short period of time (Cheadle, Plymouth and Denmark, etc.) Zwift detected a bot in the system to falsify power data and unlock the Tron bike.”

“The historic ride data of the rider in question had not been saved after each activity was completed and therefore did not show on initial checks.“

To me, that’s a wee bit more than just padding one’s account to meet the 50,000 meters climbed goal (something that realistically Cam could have probably easily done anyway in normal riding). What he did was going well out of his way to cheat. He used various tactics to hide his location (or potentially enrolled friends in other locations), he faked his weight, and went to un-human wattage level-durations and distance. Atop all that, he cleverly discarded the rides so others wouldn’t notice. By doing exceedingly high wattage rides with a low weight, he’d be able to very efficiently rack up the required amounts, with less time on the platform for someone to notice. 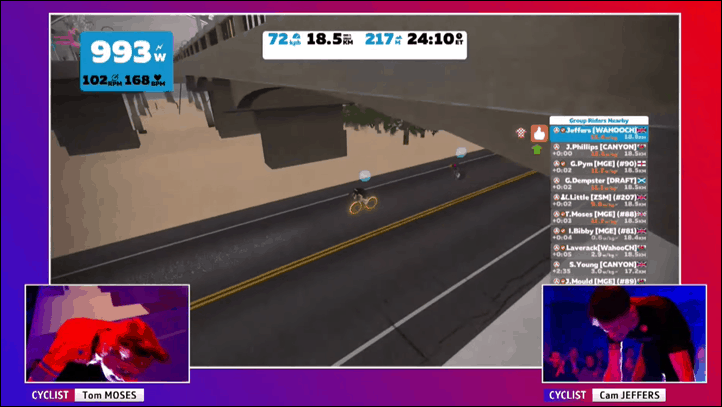 To Zwift and British Cycling’s credit here, they seem to be on the ball on this. It took less than a week or so from the event for the ball to be set in motion, though it somehow took nearly 6 months for this to be announced.

Zwift’s Craig Edmondson, CEO Zwift Esports, went onto say (in a prepared quote), that, “Good governance and integrity are the cornerstone of Zwift Esports.  We are committed to utilising all the resources we have available to police competition at the very highest level and ensure fair competition.  We fully support the action taken by British Cycling in the case against Cameron Jeffers.”

Now, I think this brings up plenty of other questions that Zwift and the UCI may need to be asking itself:

Still, despite that – I’ll give Zwift, British Cycling, and even the UCI some credit here. When I first discussed how challenging this space was back in January, it was the wild west (at best). And now things are quite a bit more advanced than 10 months ago. There are at least rules written down, even if you can’t easily find them online (or at all online). And there’s structure. And even sanctions. That’s all good steps forward.

Which hardly means that either the work is done, or that the world is ready (or even wanting) esports in cycling. But, these are at least steps in the right direction.